Amber and Brian’s gorgeous Camp Angelos wedding in Corbit, Oregon was filled with so much emotion. Love truly moves in mysterious ways. Amber and Brian grew up in Eugene, Oregon where they knew each other as (Amber 6th grader) and Brian (7th grader). Fast forward 10 years later, Brian graduates from Whitman College and applies for medical school while (coincidentally) Amber was traveling and working on nursing prerequisites. Then they both signed up for the same city league soccer team where they were brought together on a weekly basis for “breathless and red-faced awkward conversations.” Brian’s father Bill and Amber’s mom Marilyn were the only parents to attend the games of their grown children soccer league. Amber confided in her mom, “There is a this really cute boy on my soccer team!” Brian told his dad, “I’m in love with that girl with the blond braid who plays up front and has great legs.” The following season Brian disappeared, he was off to New York for medical school at Columbia and Amber moved to Portland for nursing school at OHSU. From the west coast to the east coast every few months they exchanged a new favorite song and occasional tips on life in the hospital. They both were in long term relationships so things remained light until one day in 2011 when Amber changed her Facebook status to Single and Brian “jumped in and took a chance.”  Brian happened to have a week’s vacation from his intern year a few weeks after Amber’s break up. He woke up in the middle of the night and knew he had to book tickets home. Two days and $800 later he spent hours writing Amber the perfect email inviting her on a date. But then he thought better of pouring his heart out too soon, deleted the email and wrote a simple unassuming email simply asking Amber if she would like to “hang out over the next few days?” They saw some bad live music with Amber’s friend Anna, then just the two of them hit up a 90’s dance party at Holocene where Brian confessed, “I’ve liked you for a long time.” They saw each other every day until Brian flew back to New York and made arrangements for Amber to fly out for a visit as soon as possible.

On their Camp Angelos wedding day everyone felt the magic between them. When Amber walked into the ceremony the intensity of joy bursting through their eyes brought everyone to uncontrollable tears. The emotion was so strong it made it hard for us to focus through our cameras. The energy was like a grand poem being written in one instant as they joined hands. Here are a few reflections from this beautiful day. 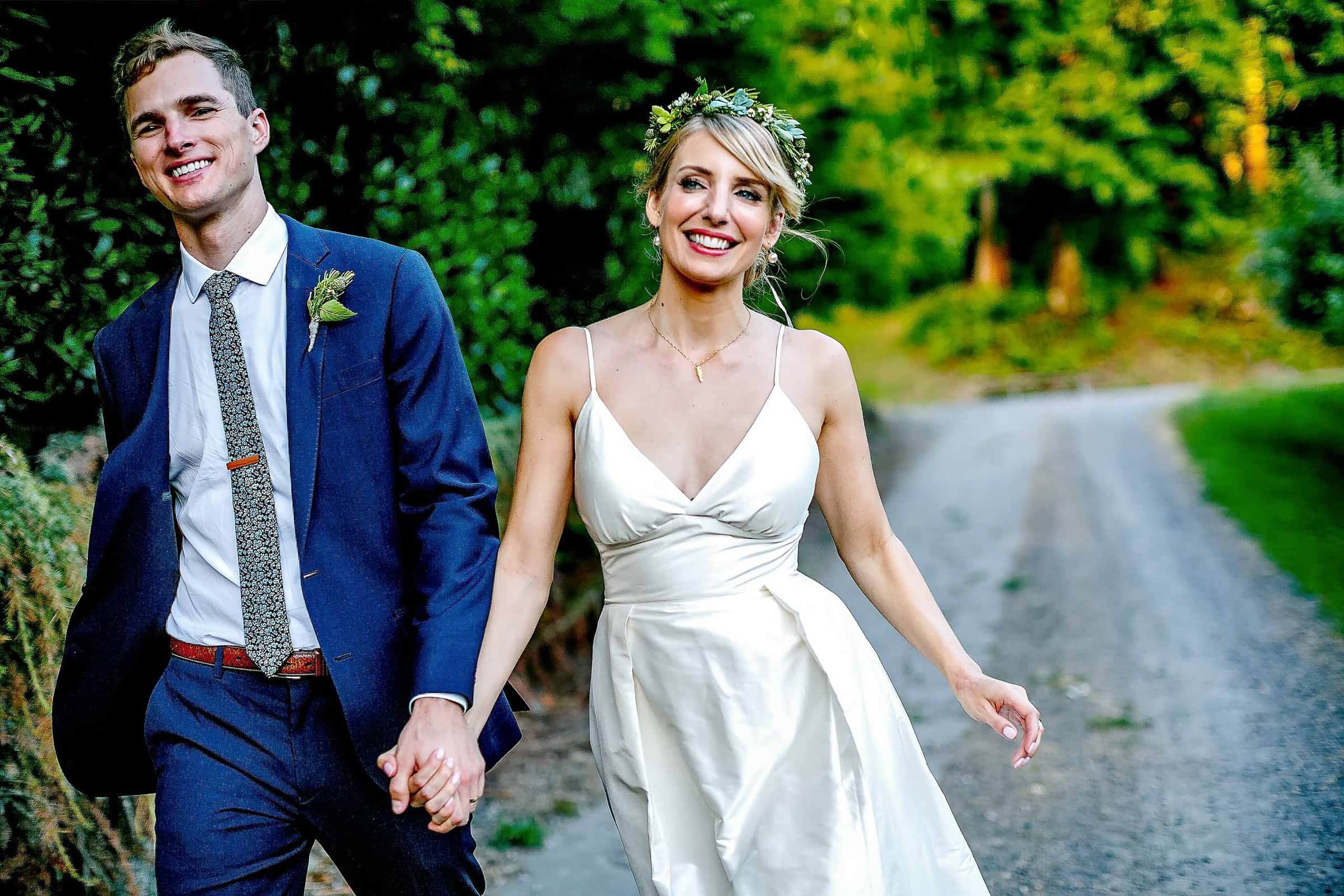 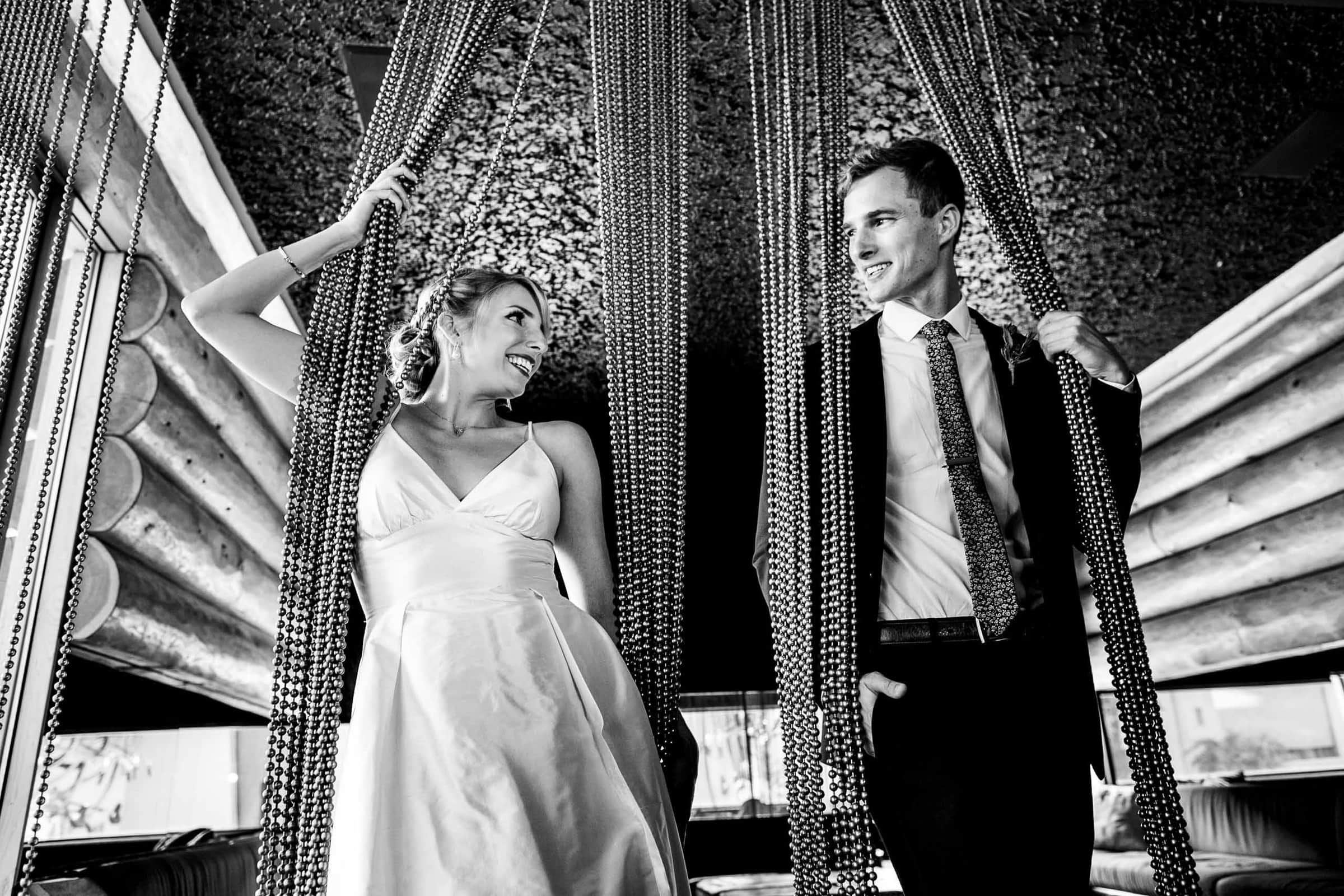 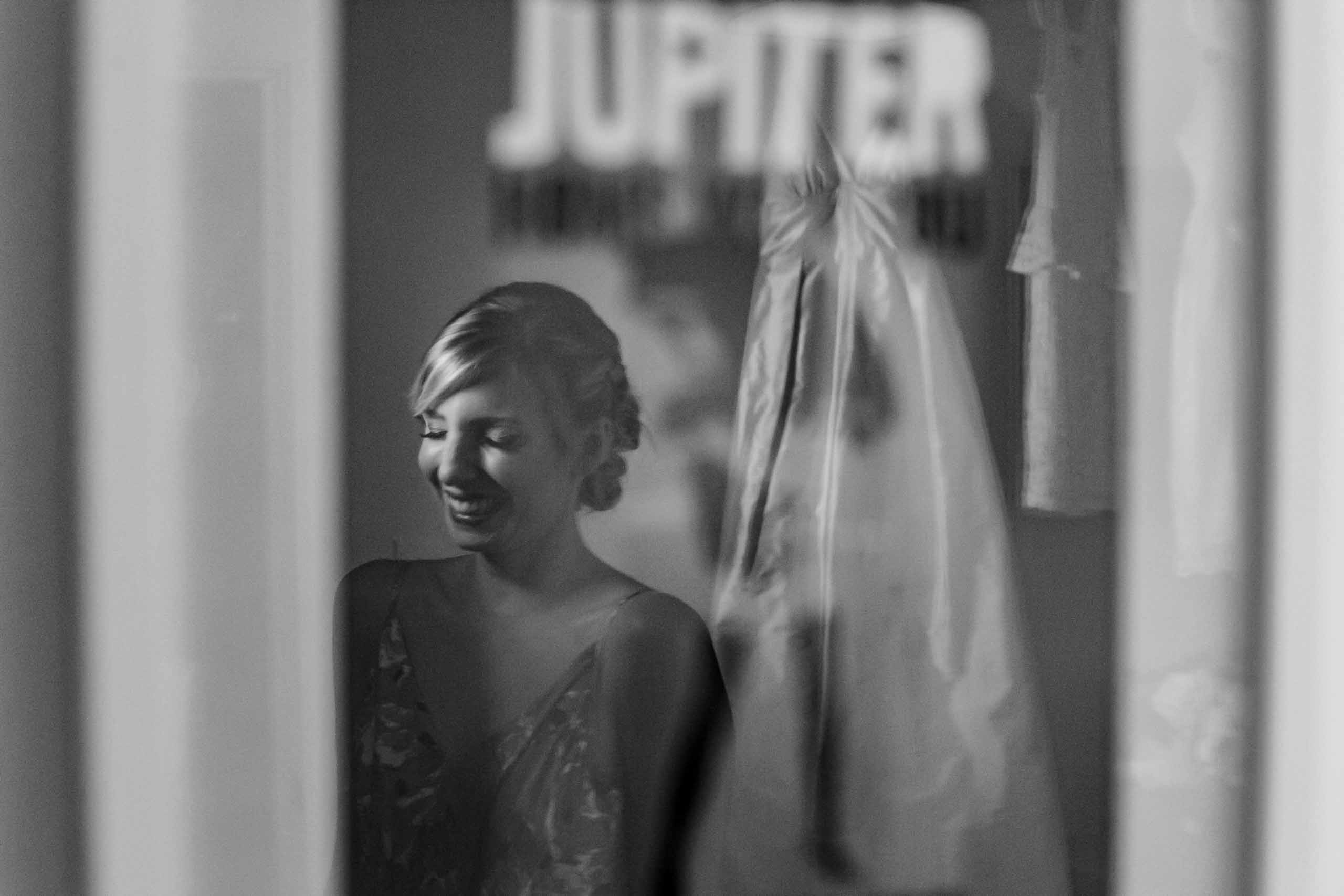 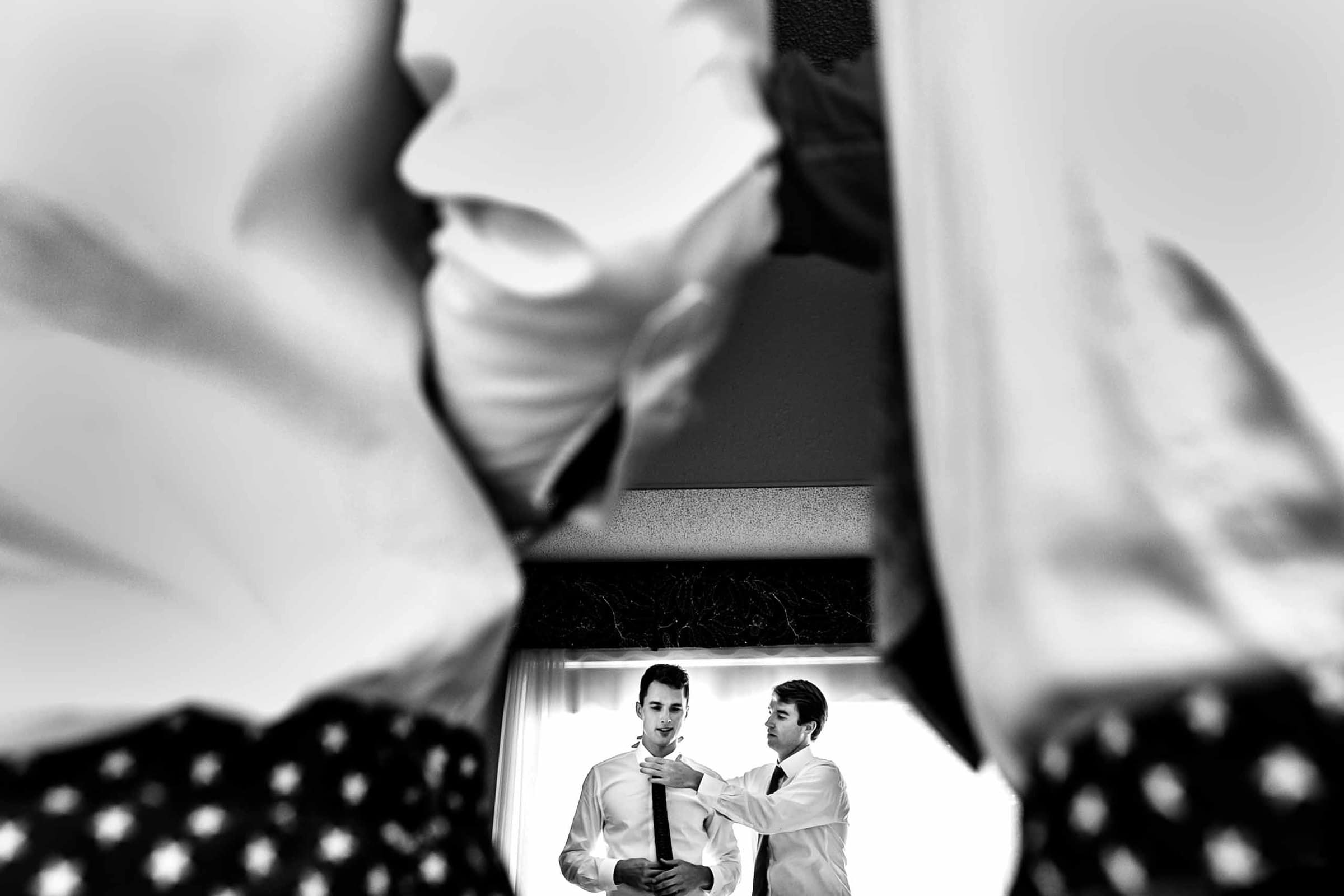 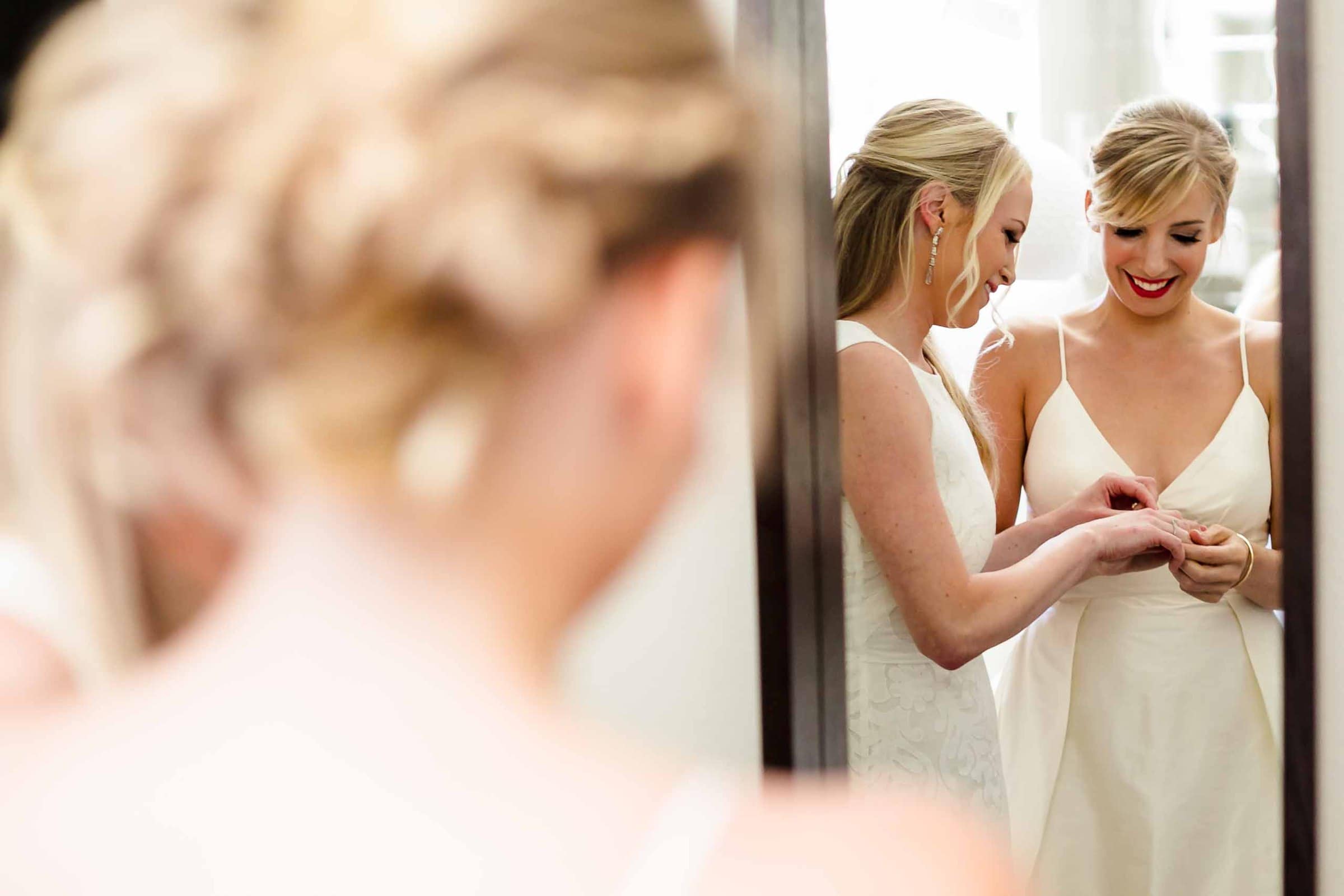 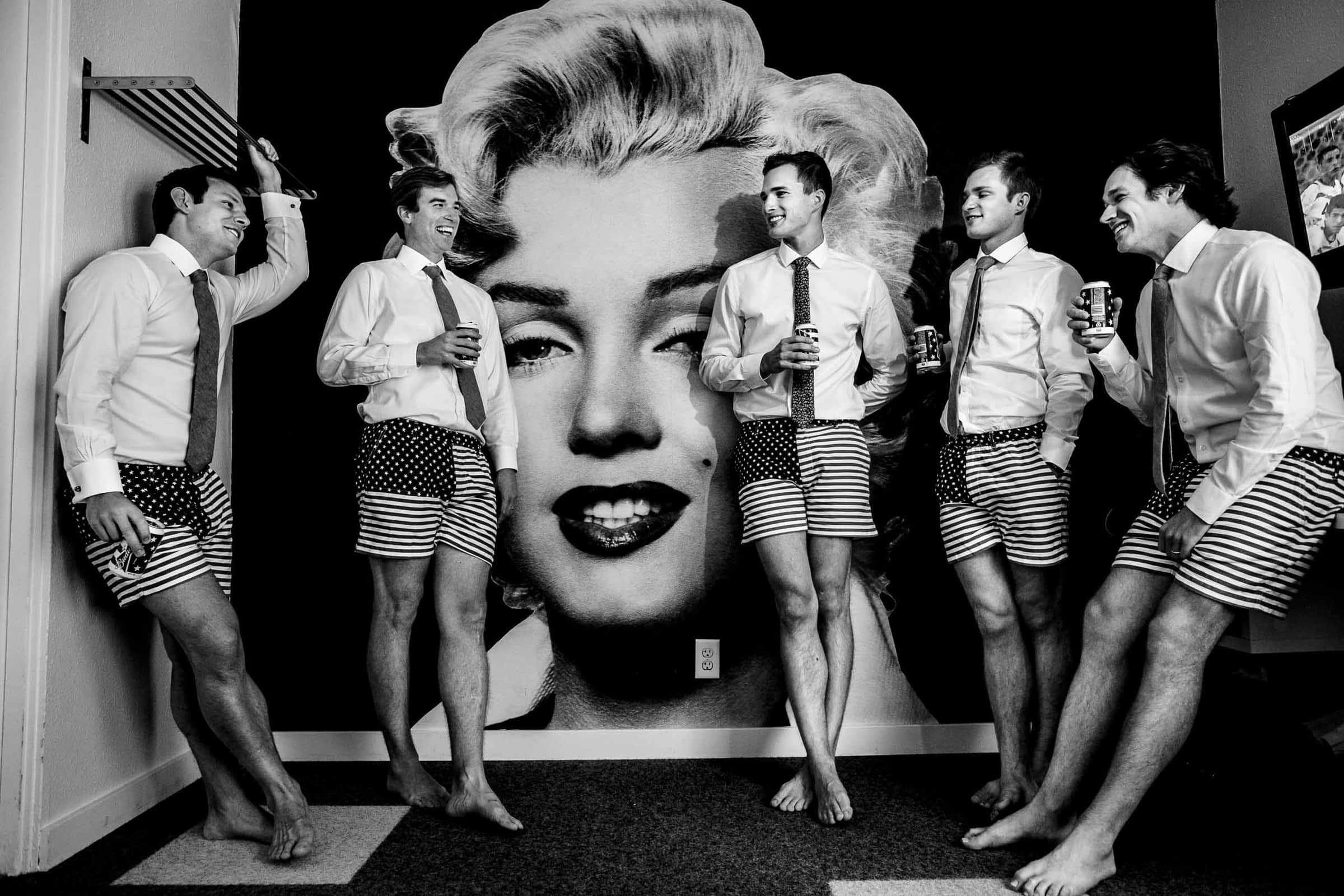 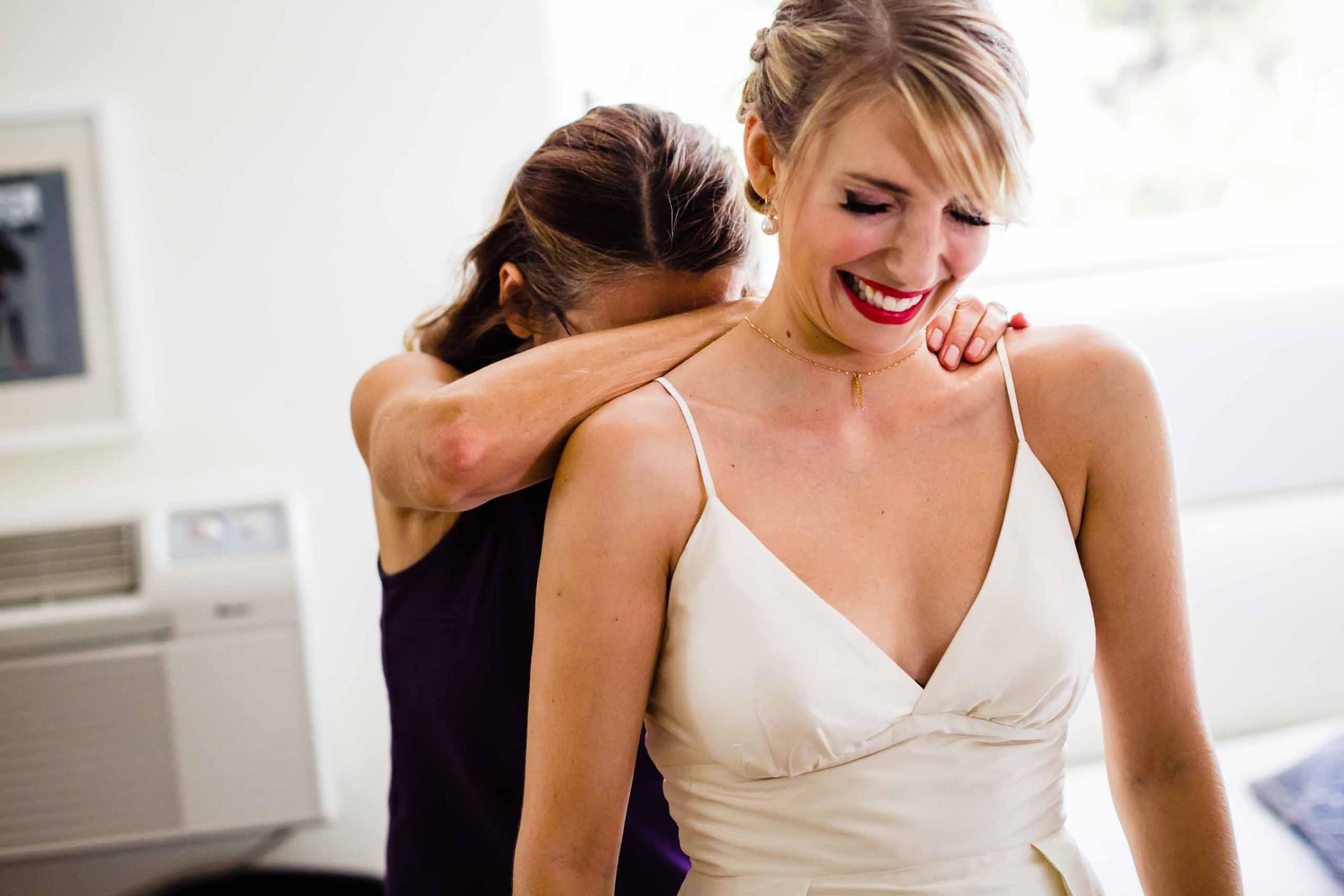 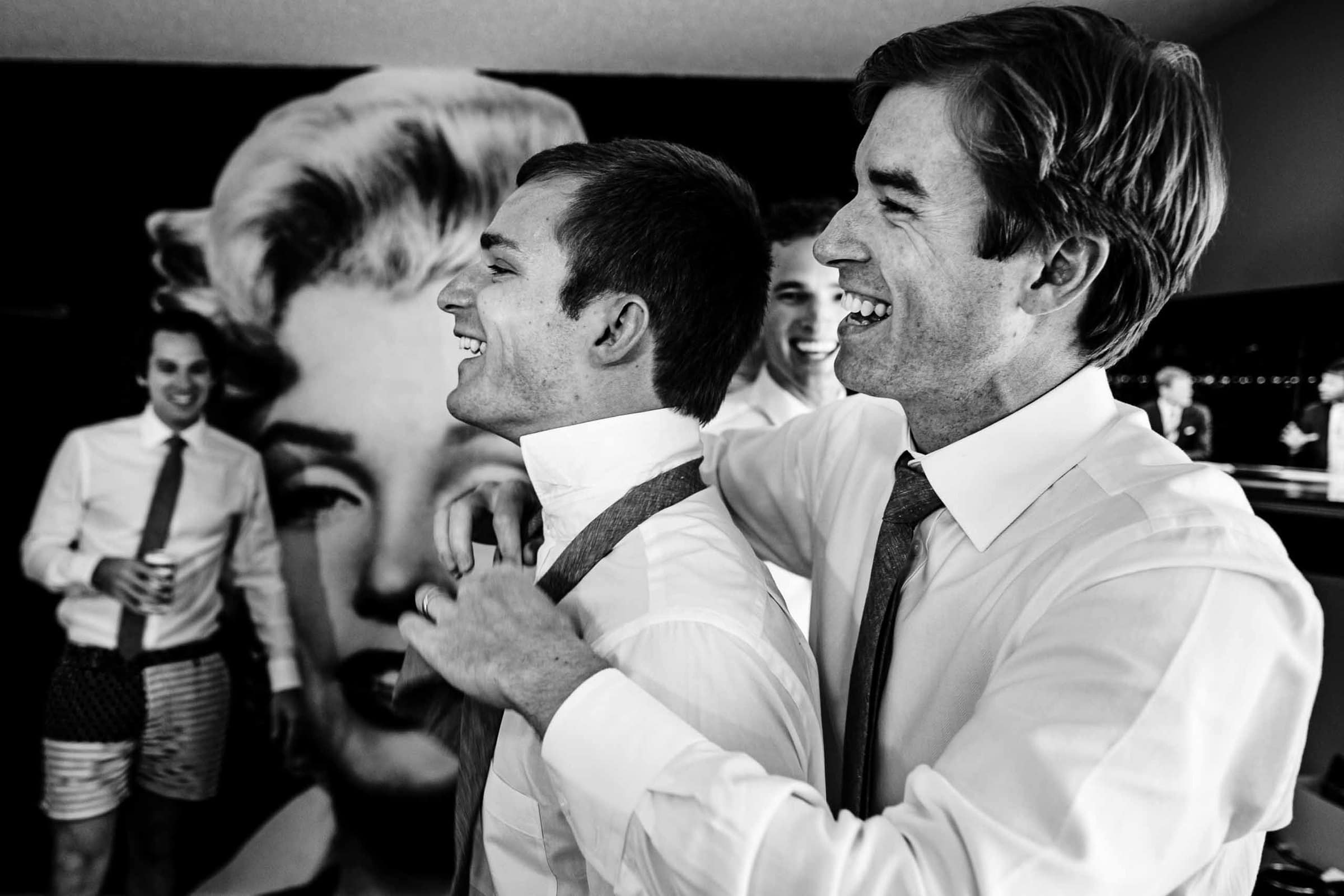 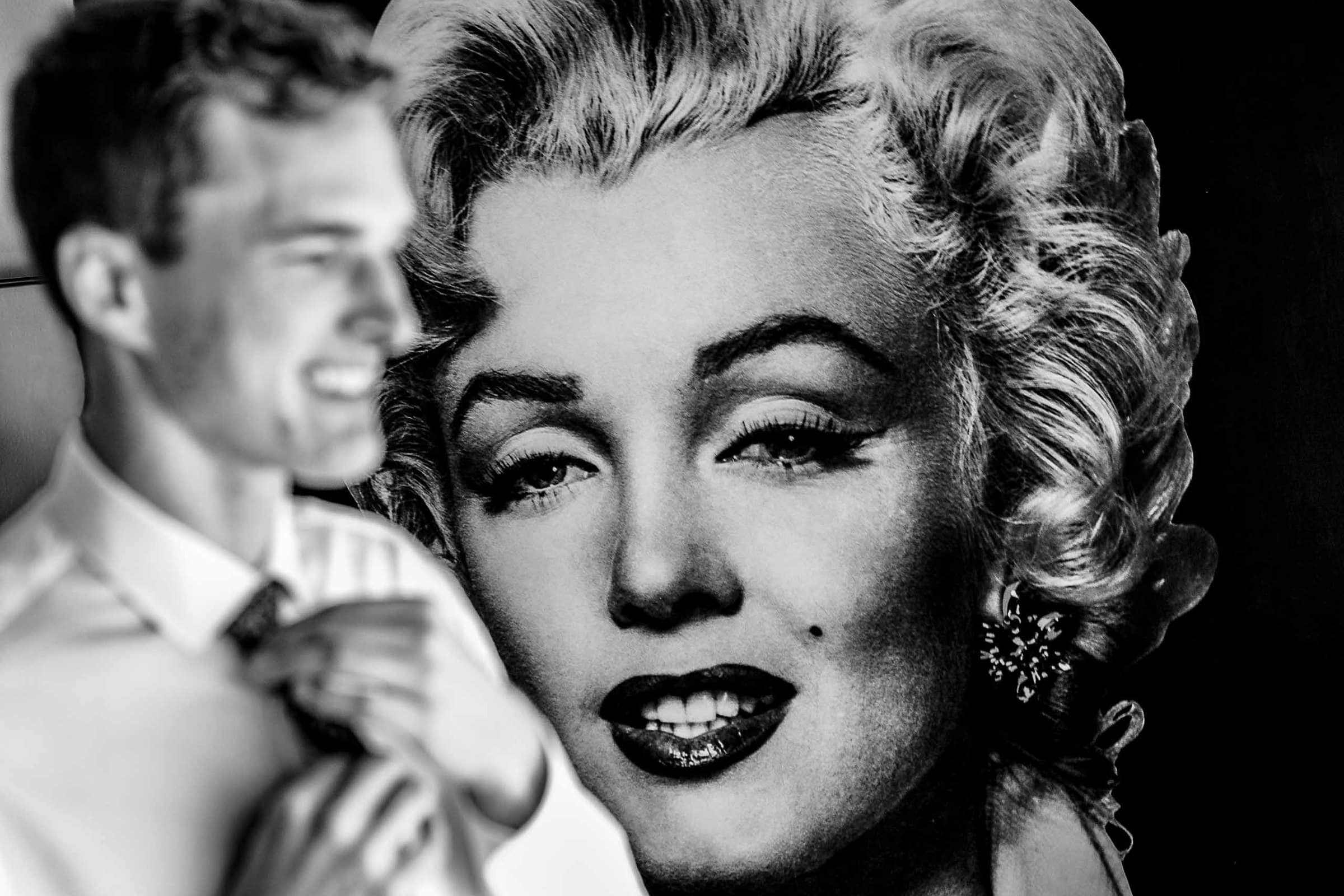 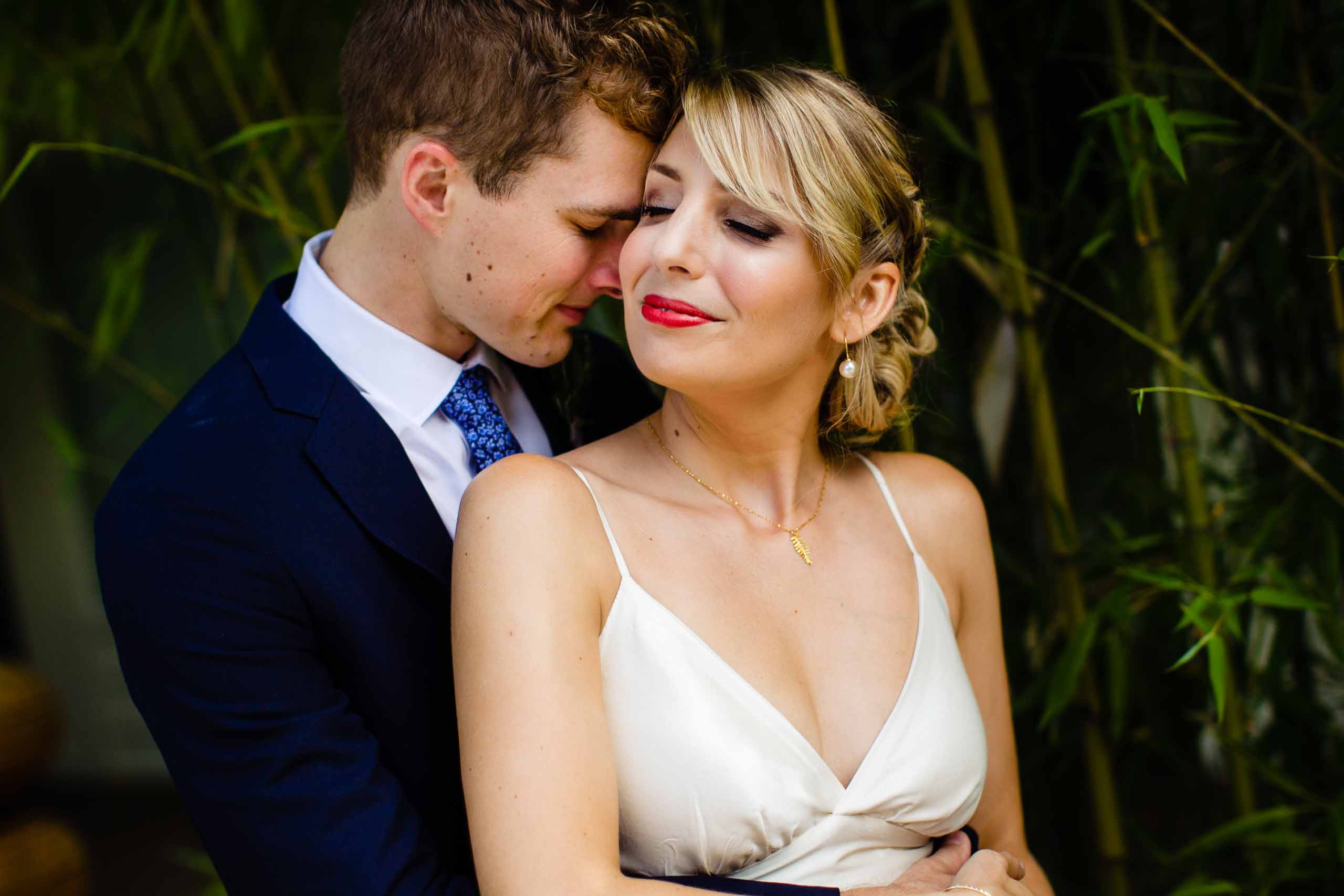 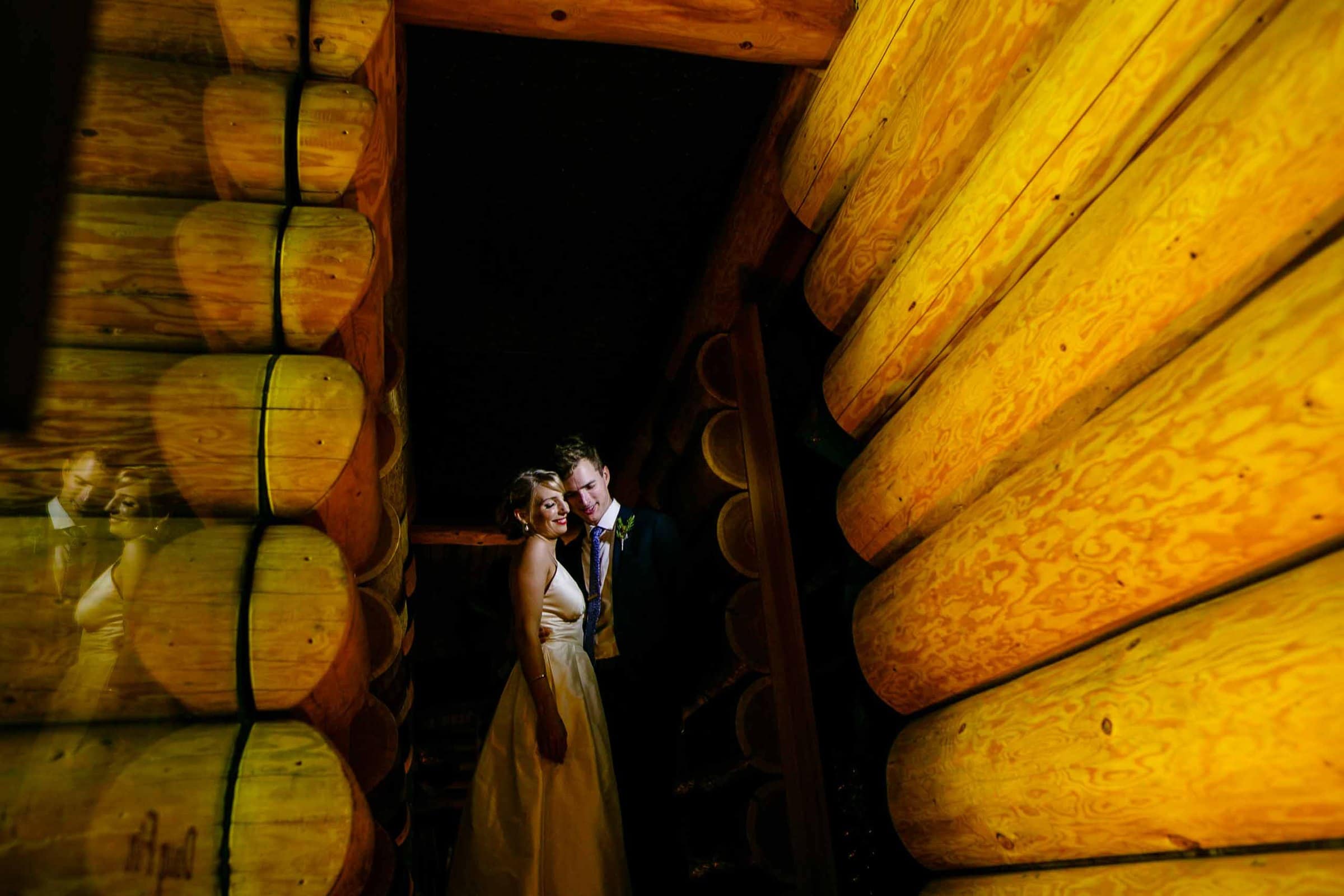 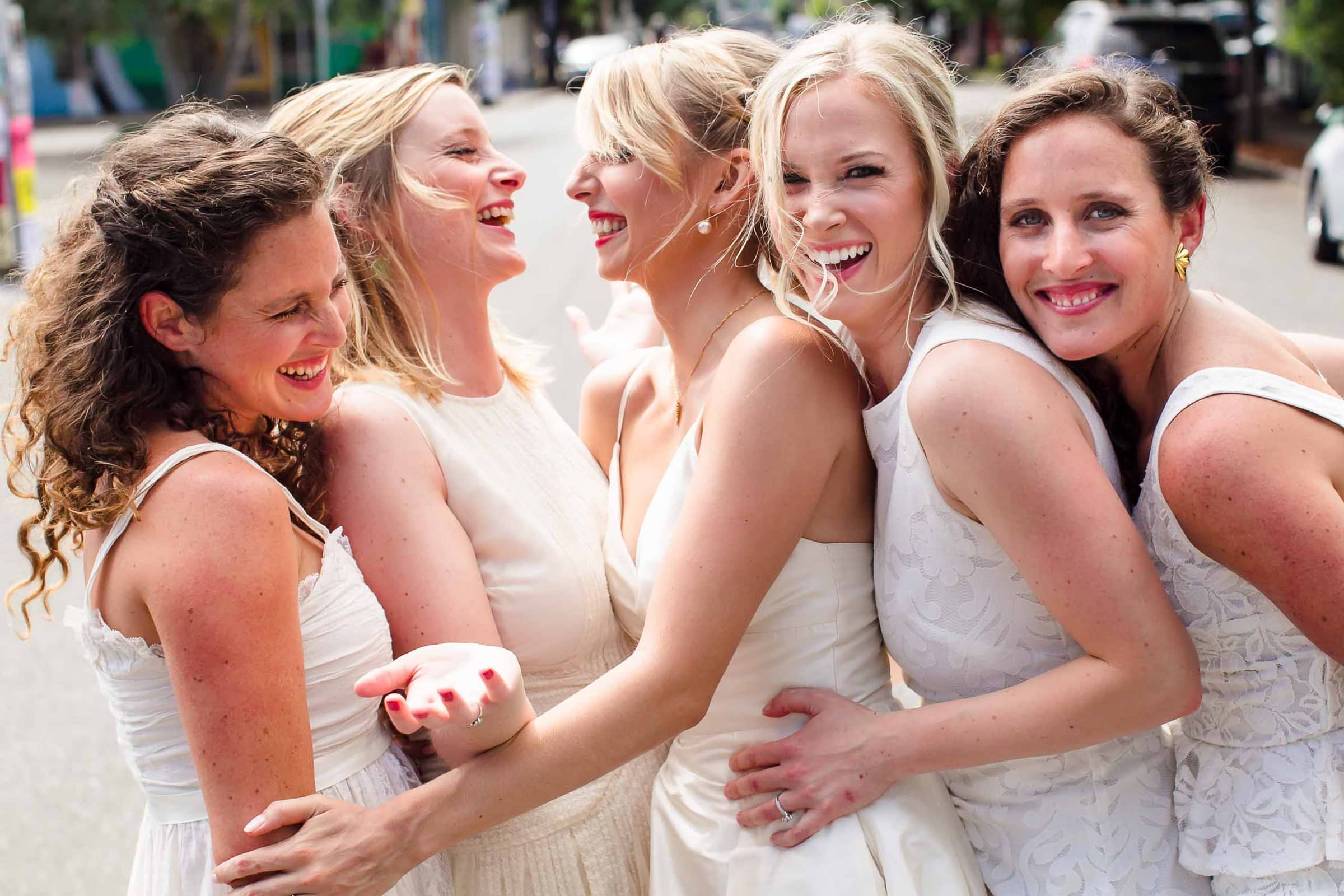 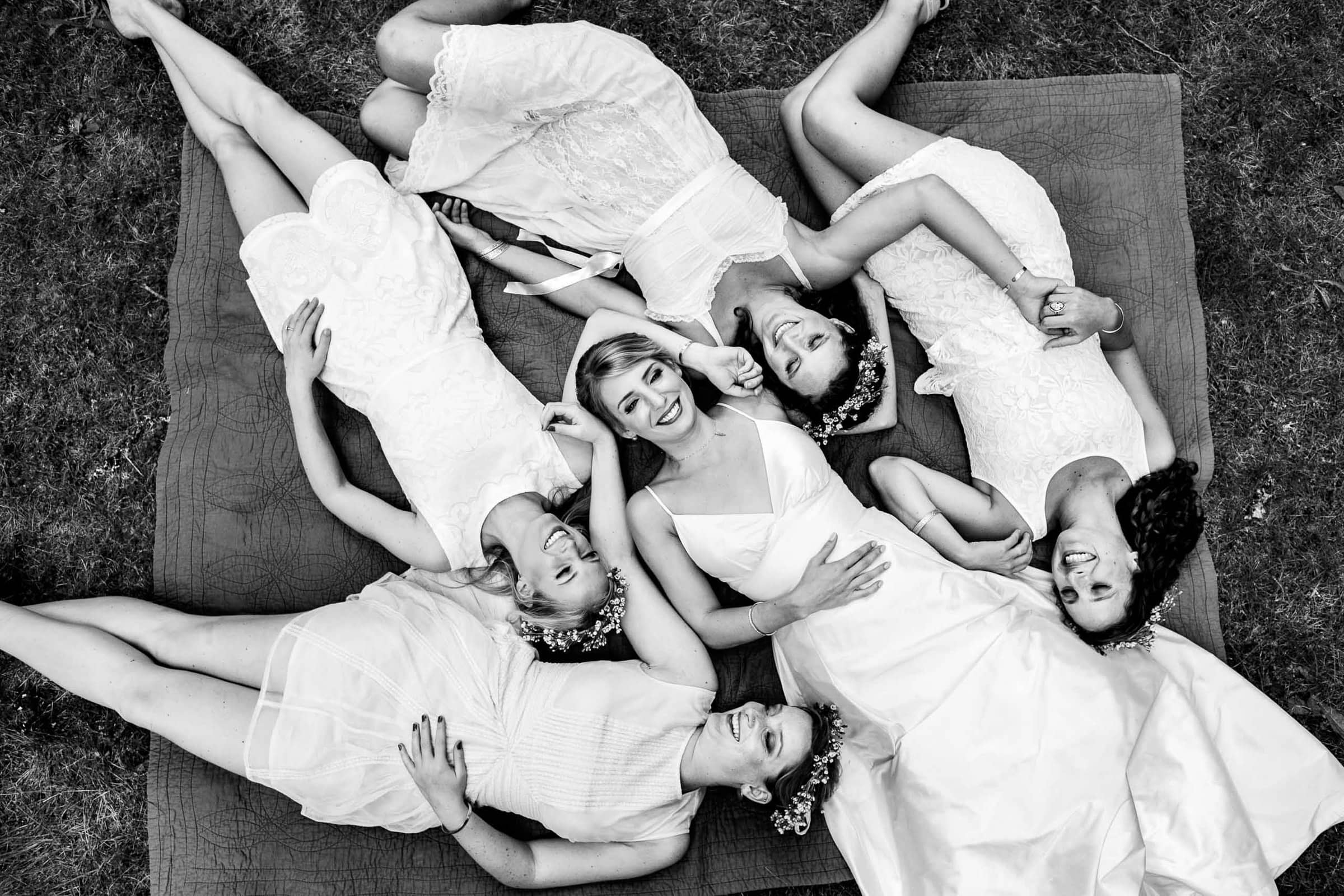 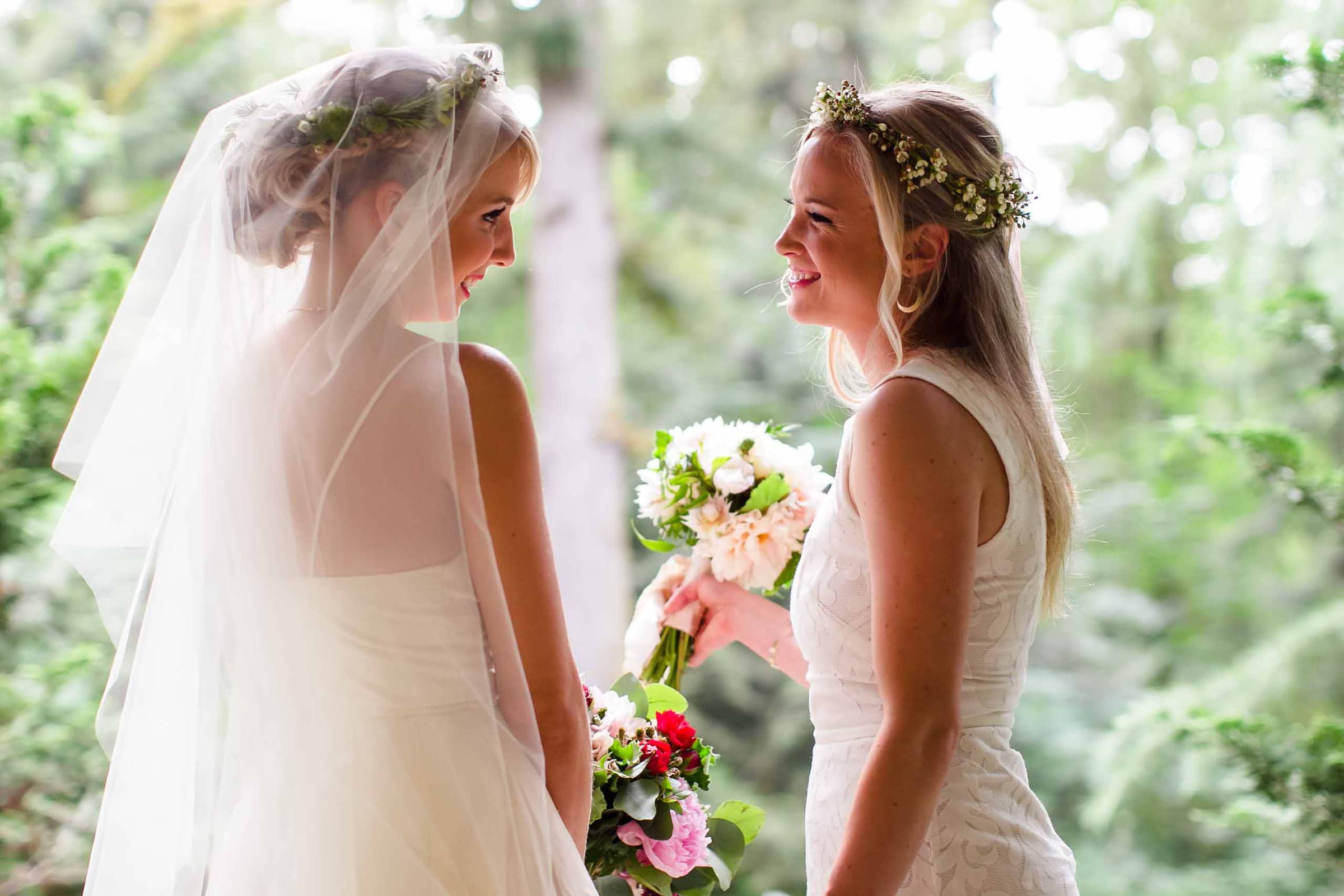 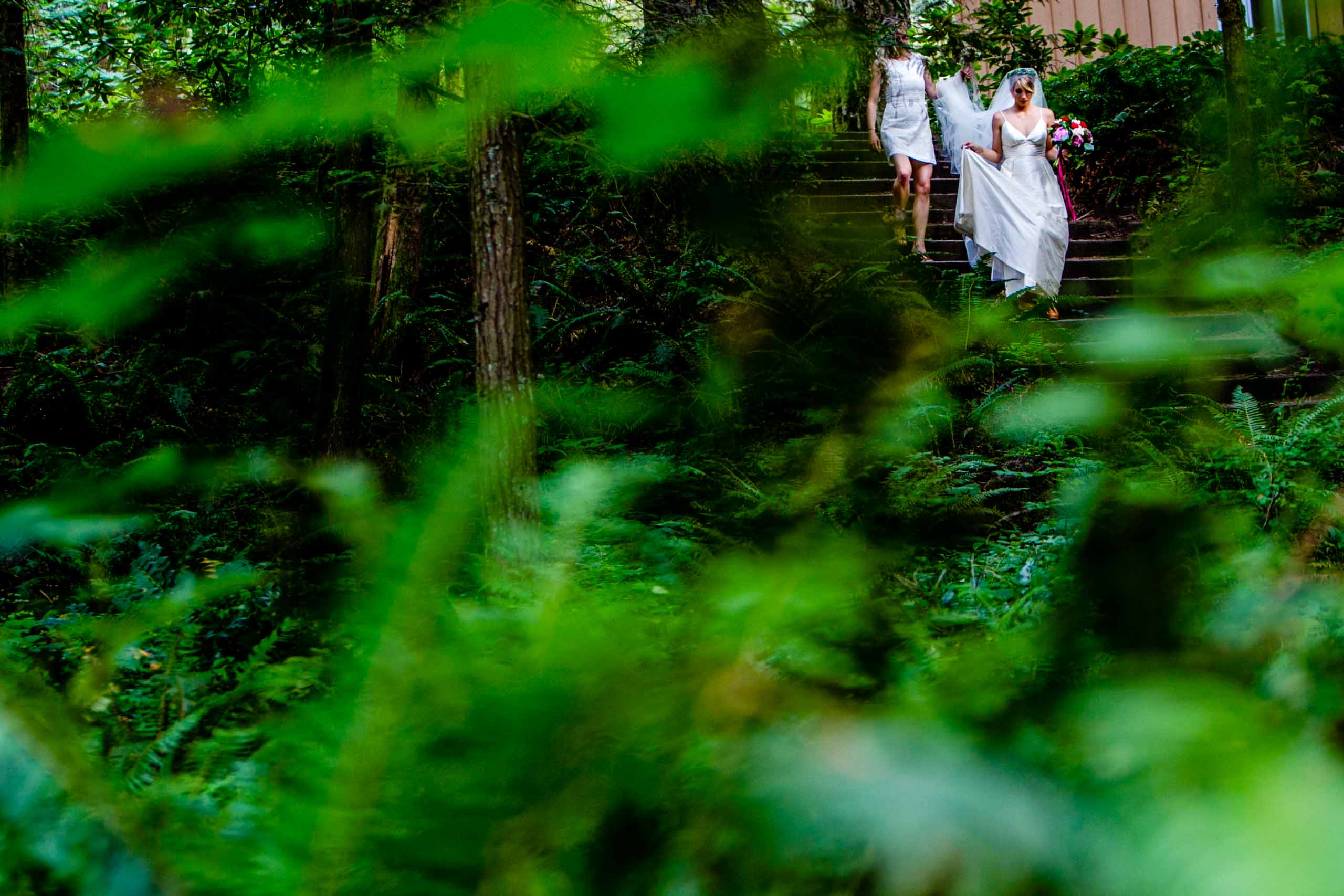 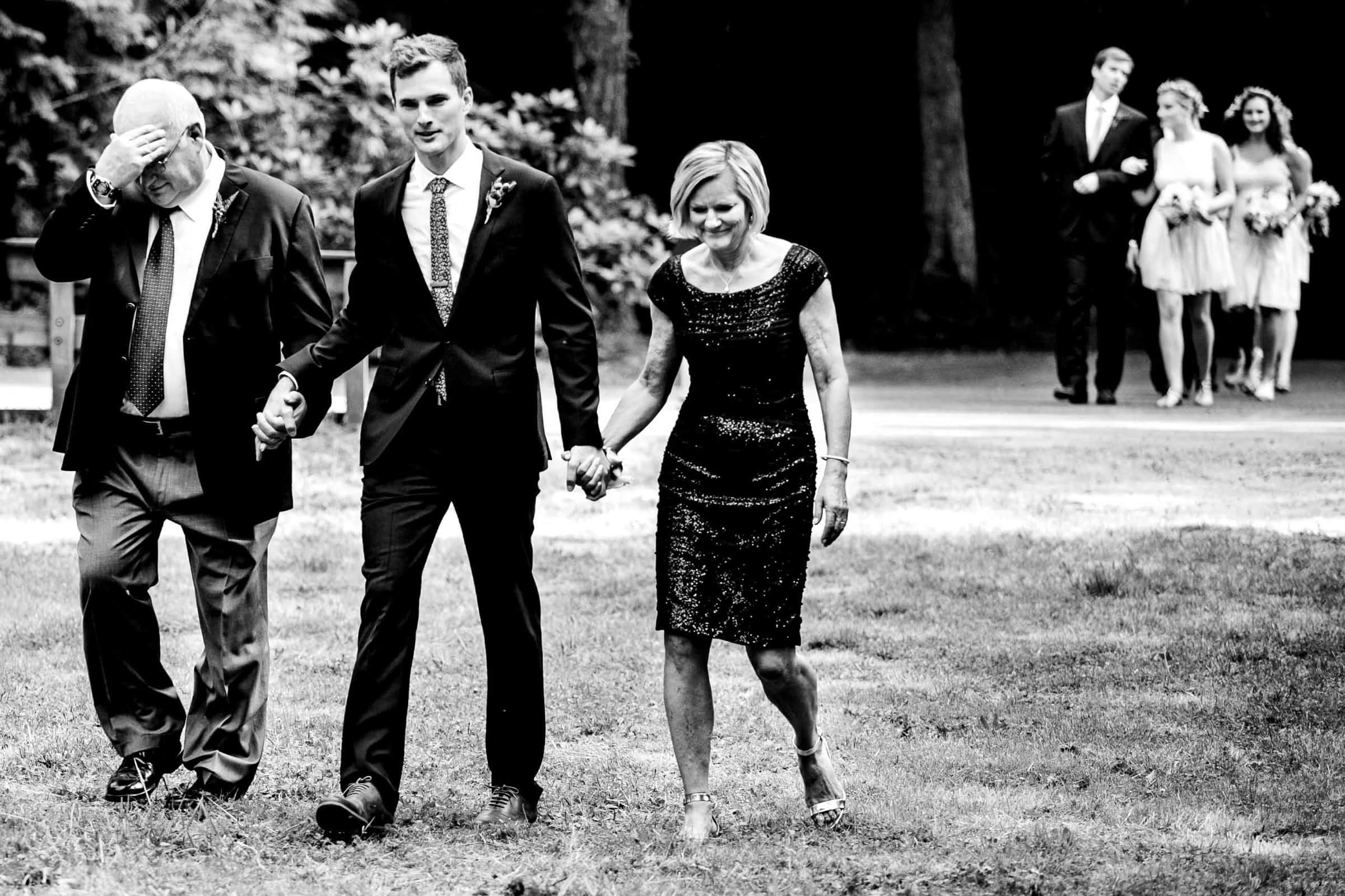 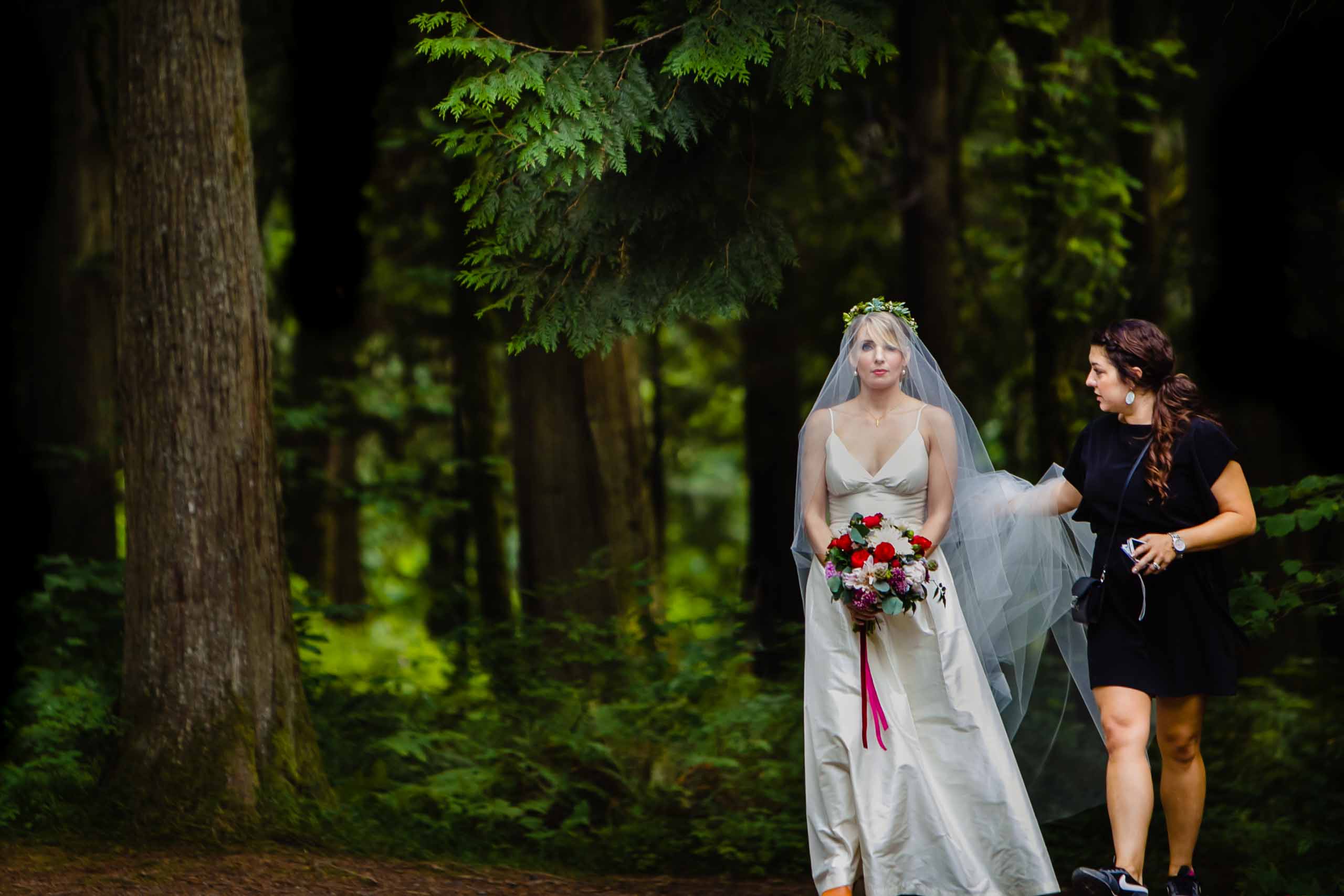 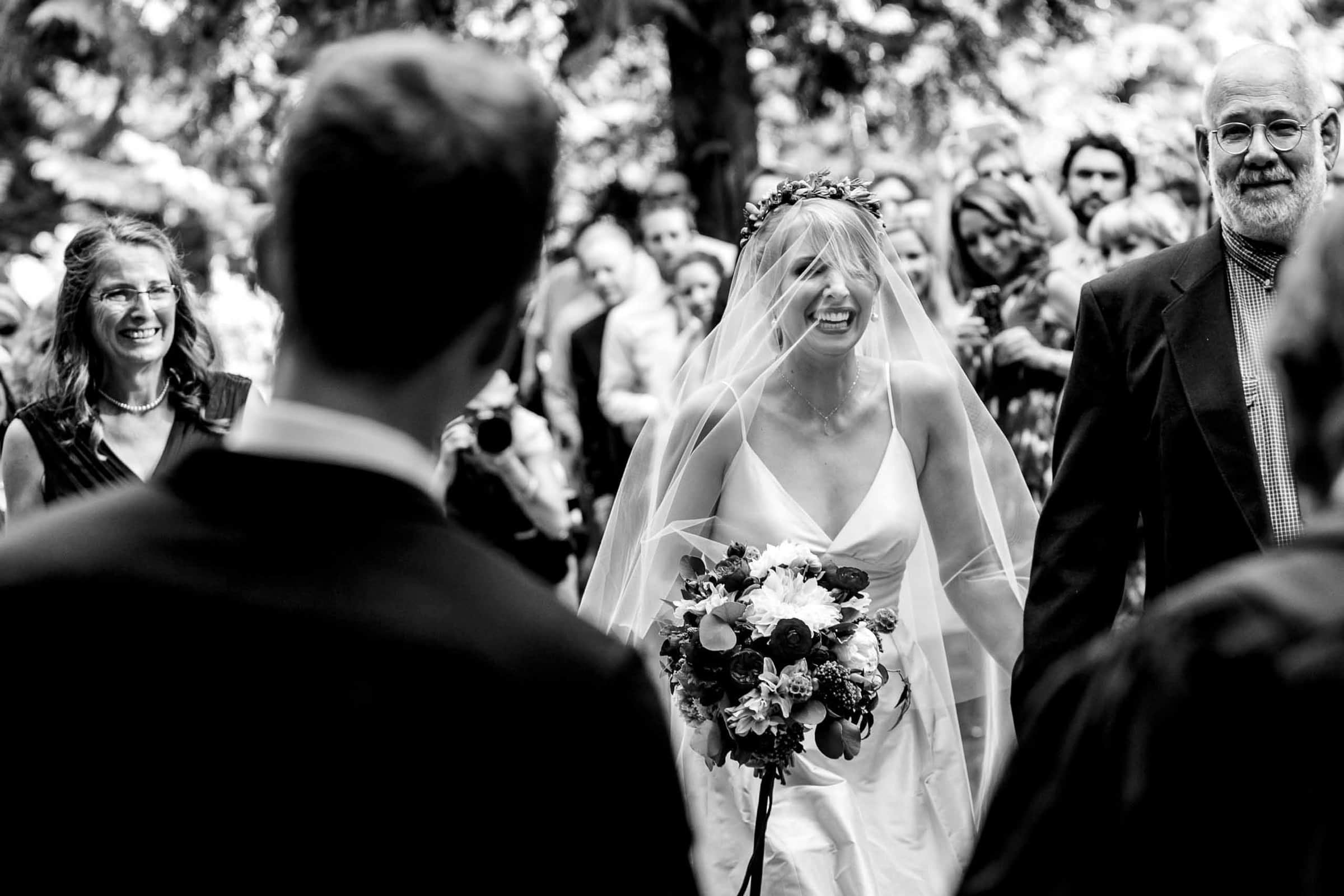 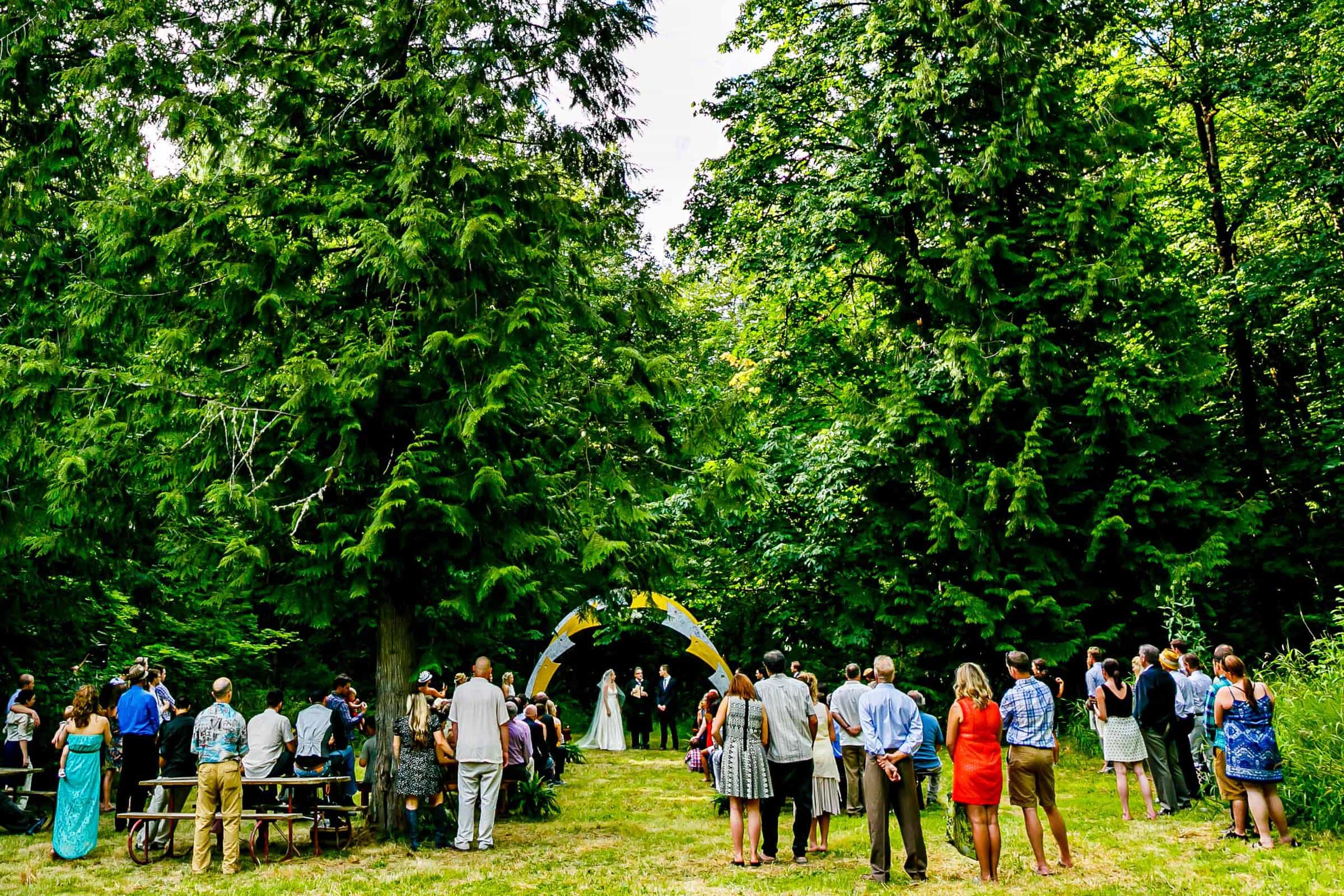 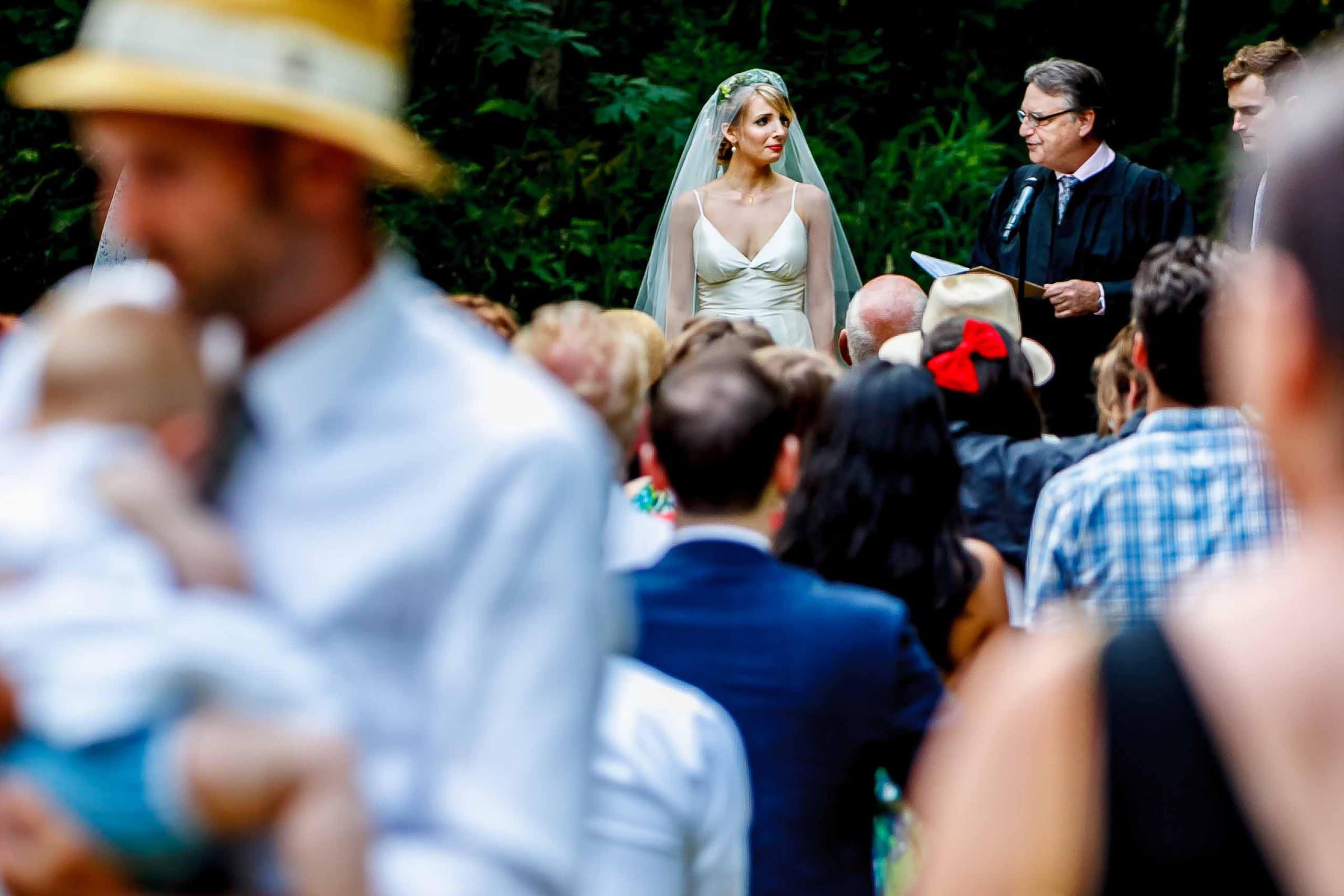 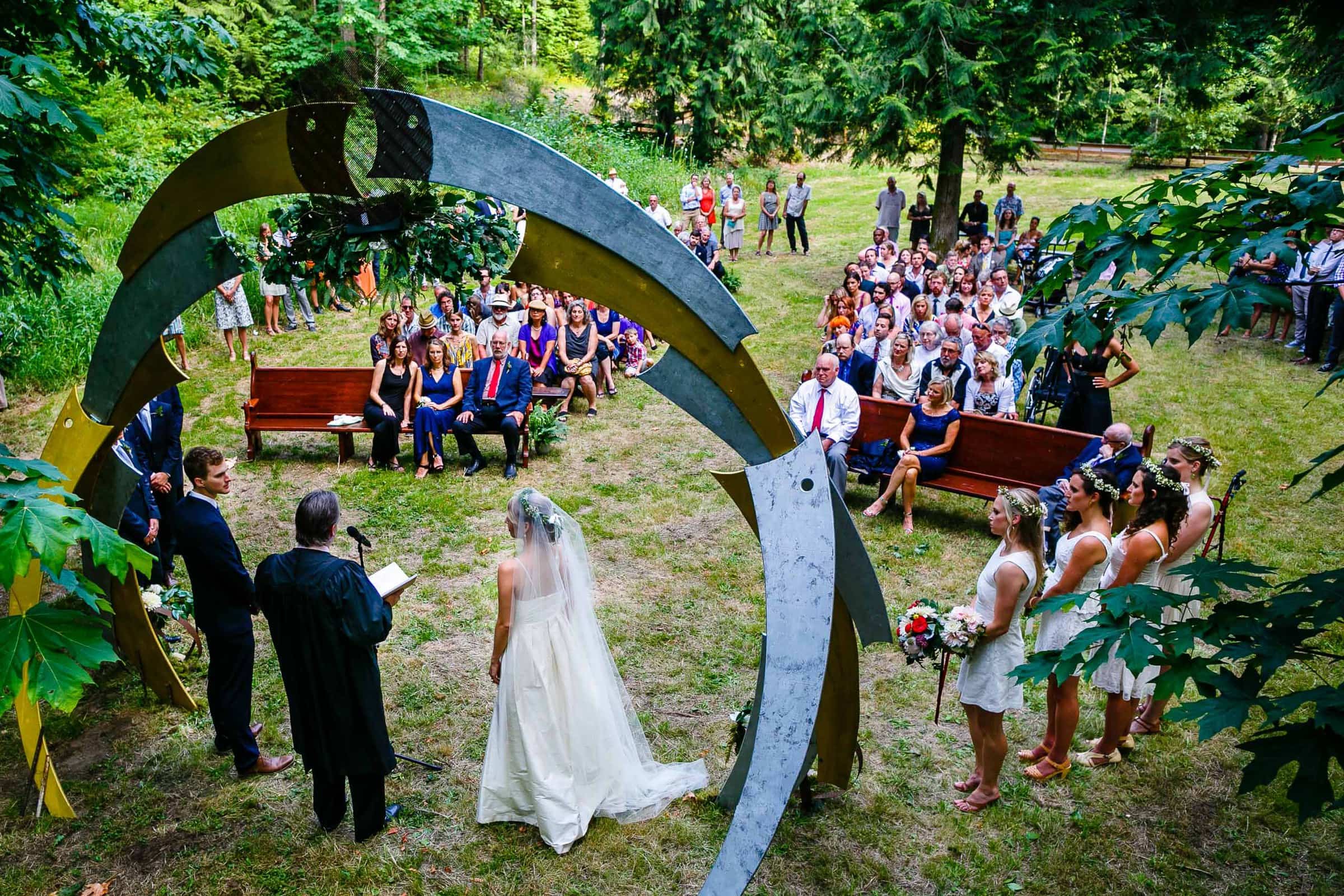 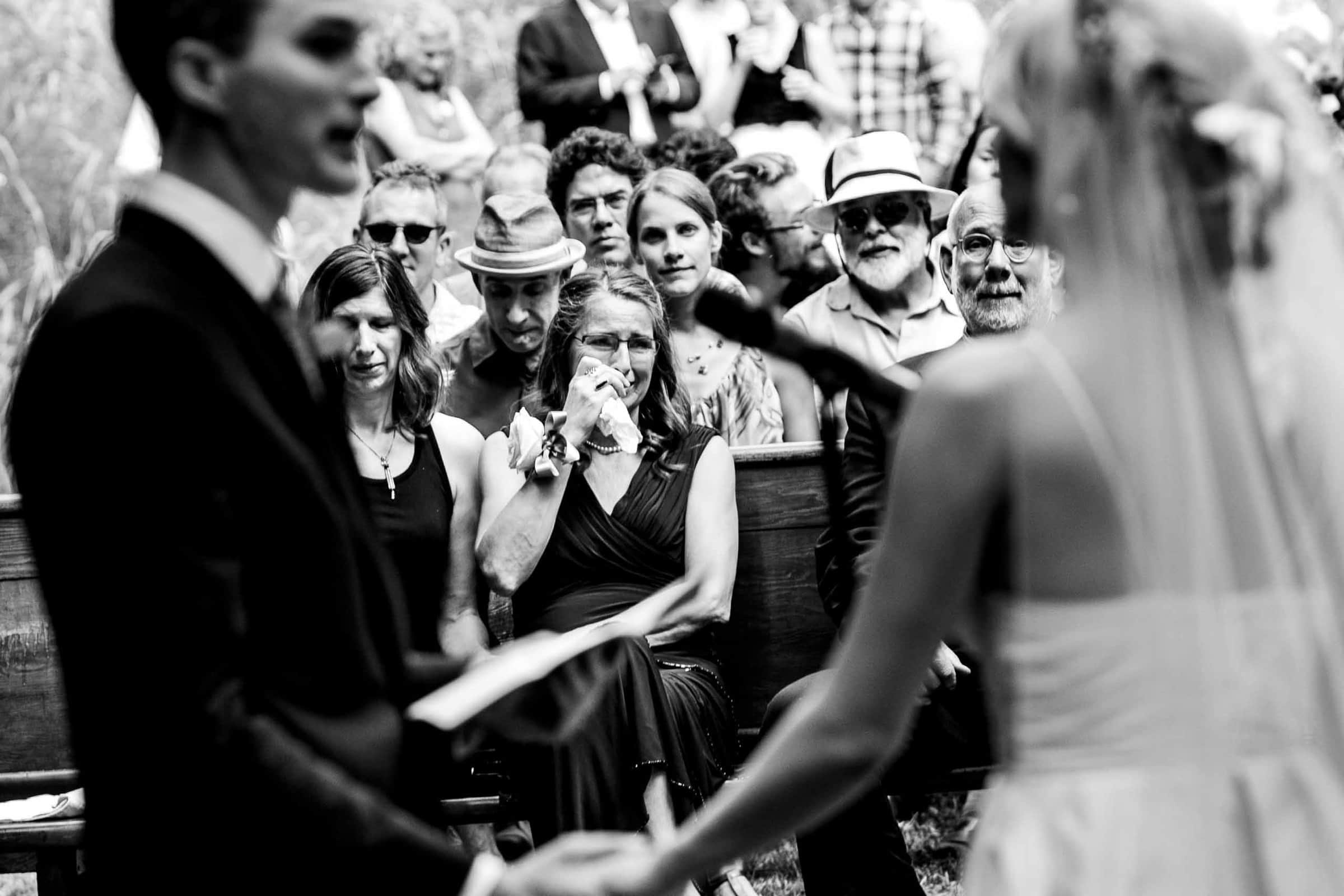 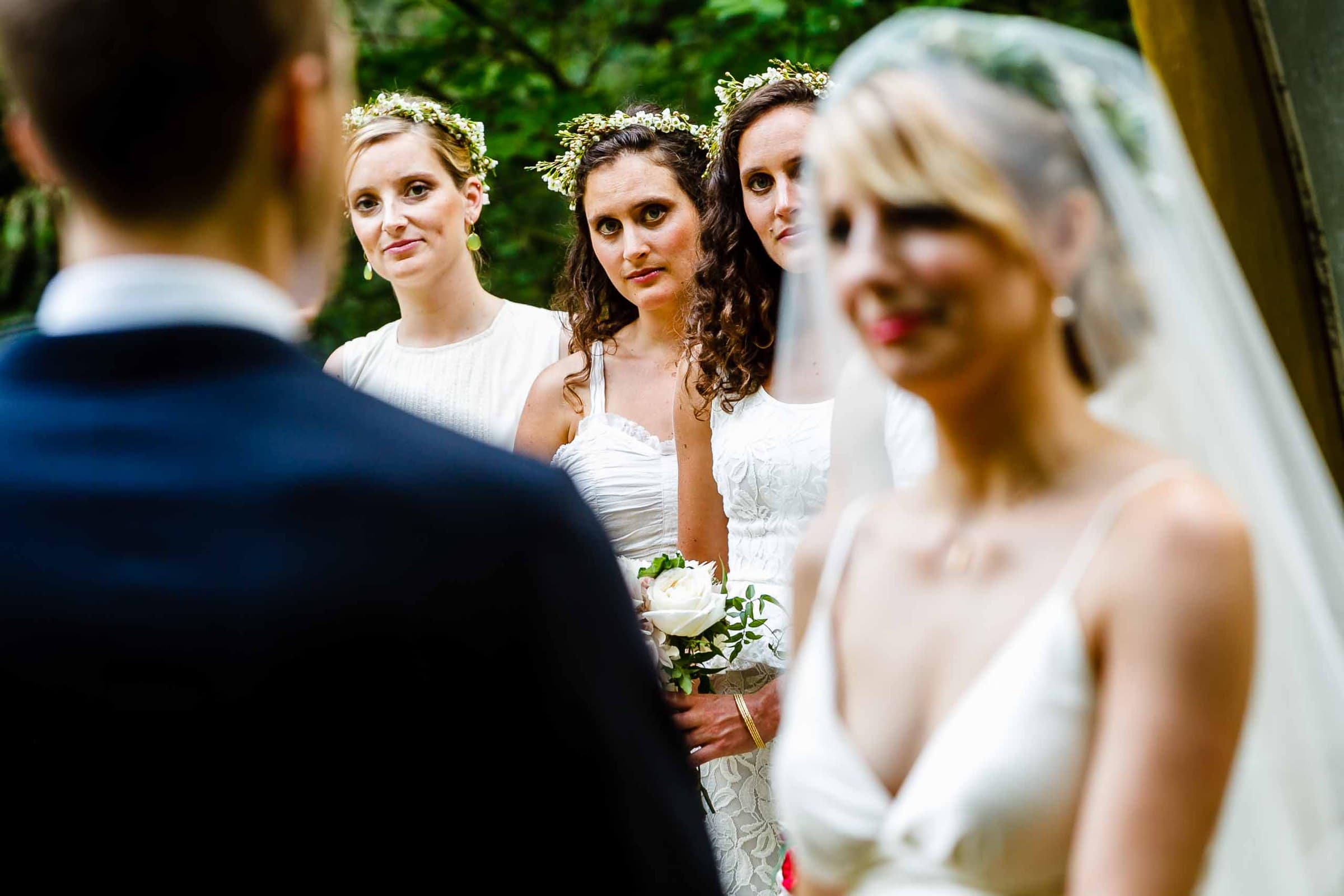 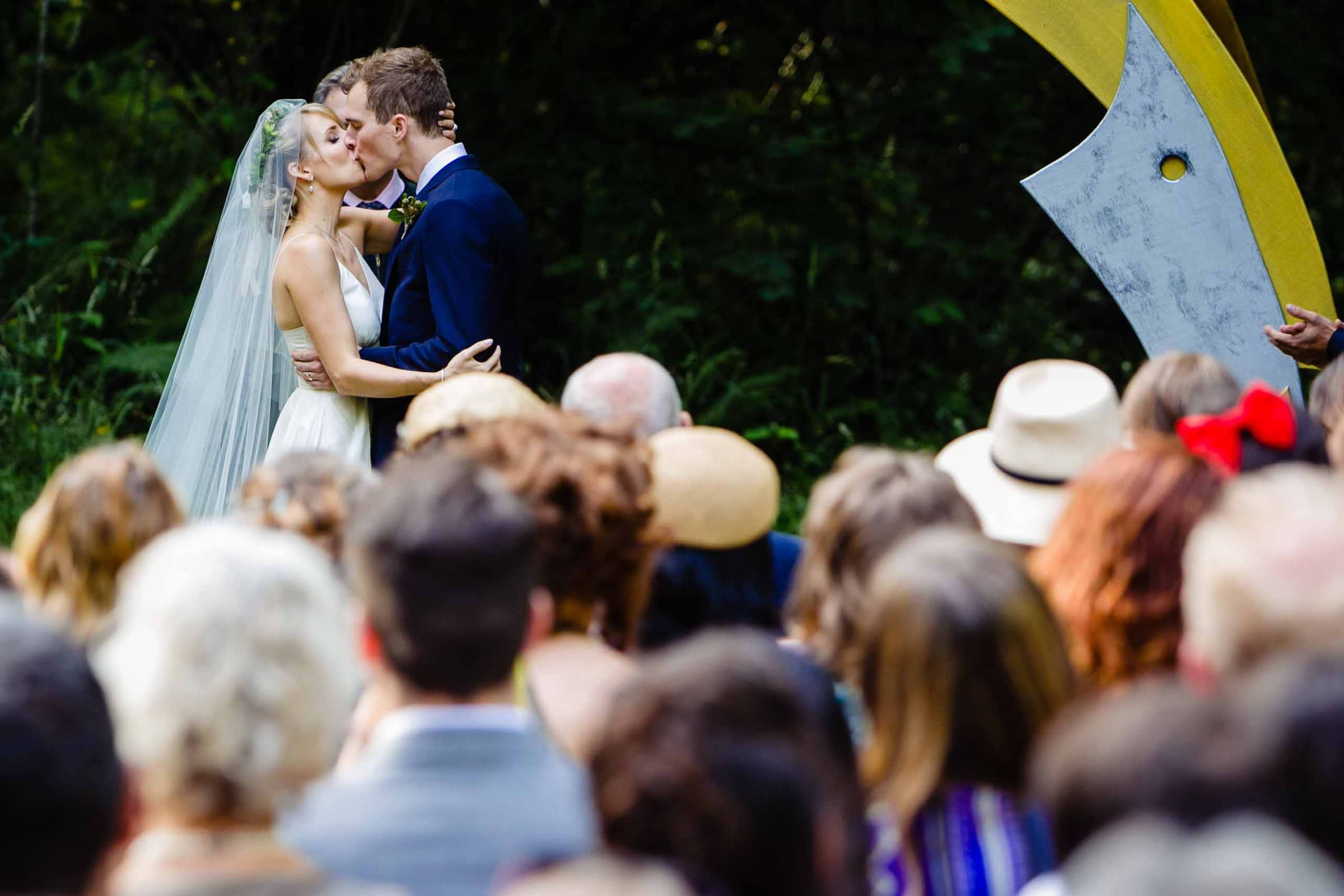 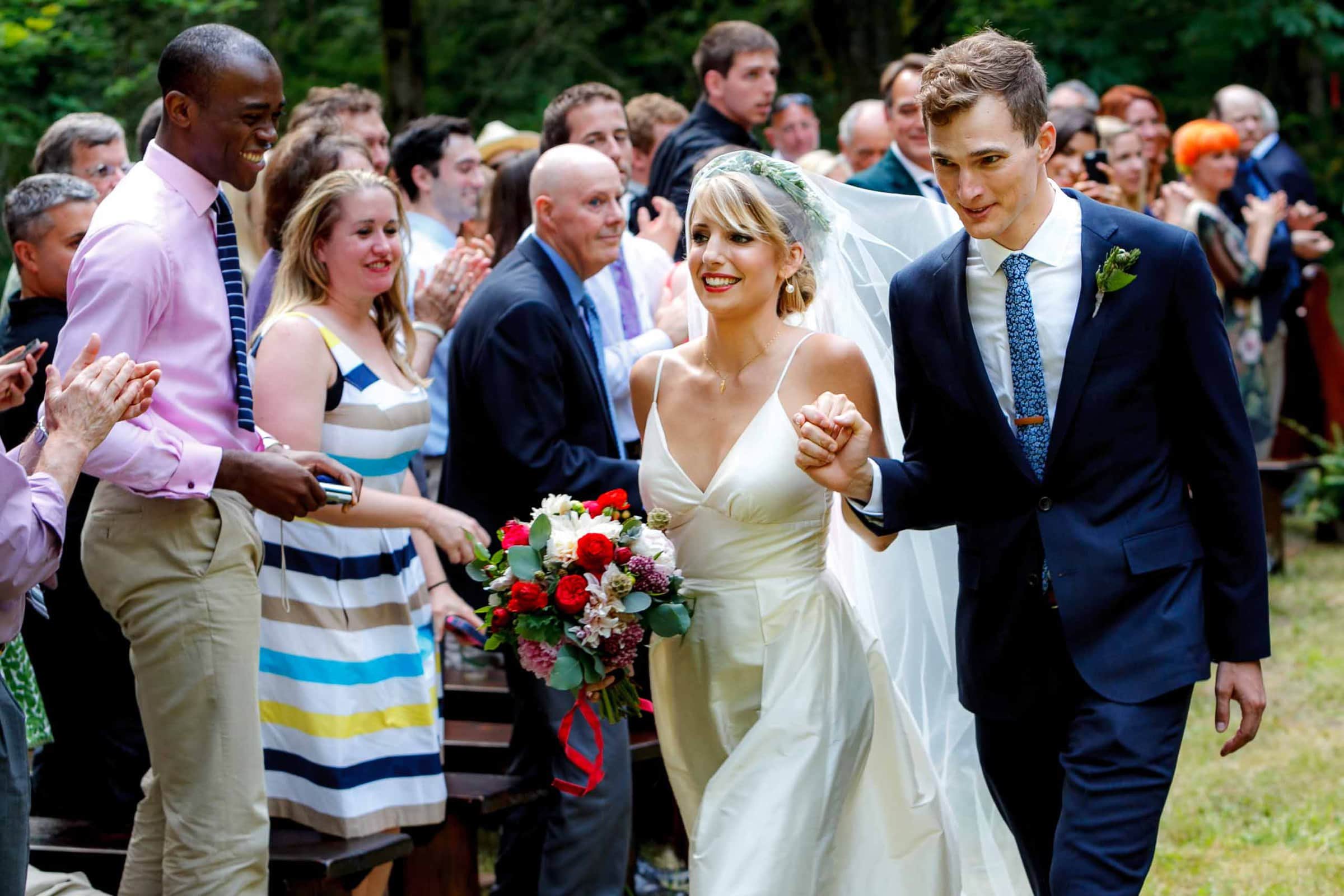 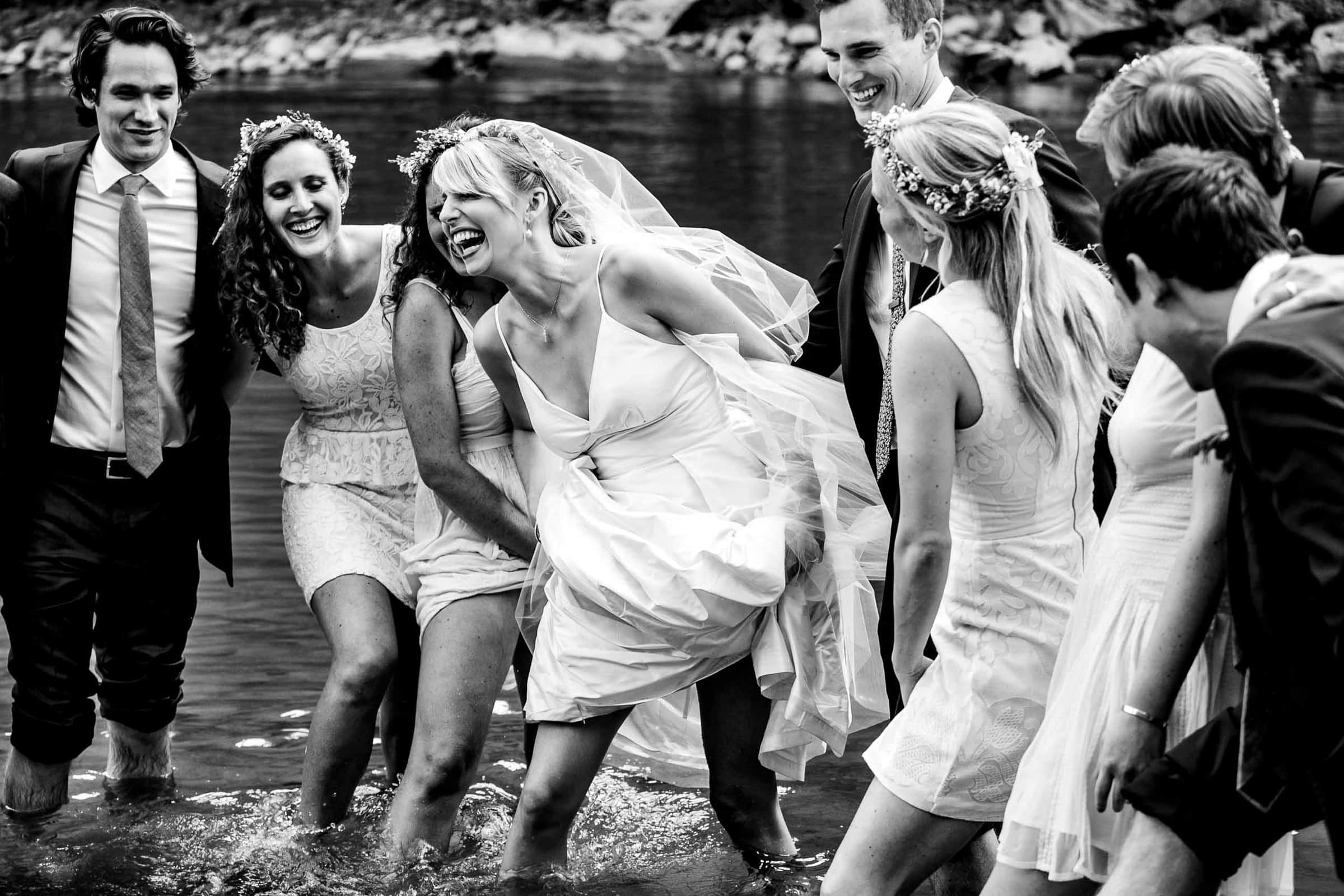 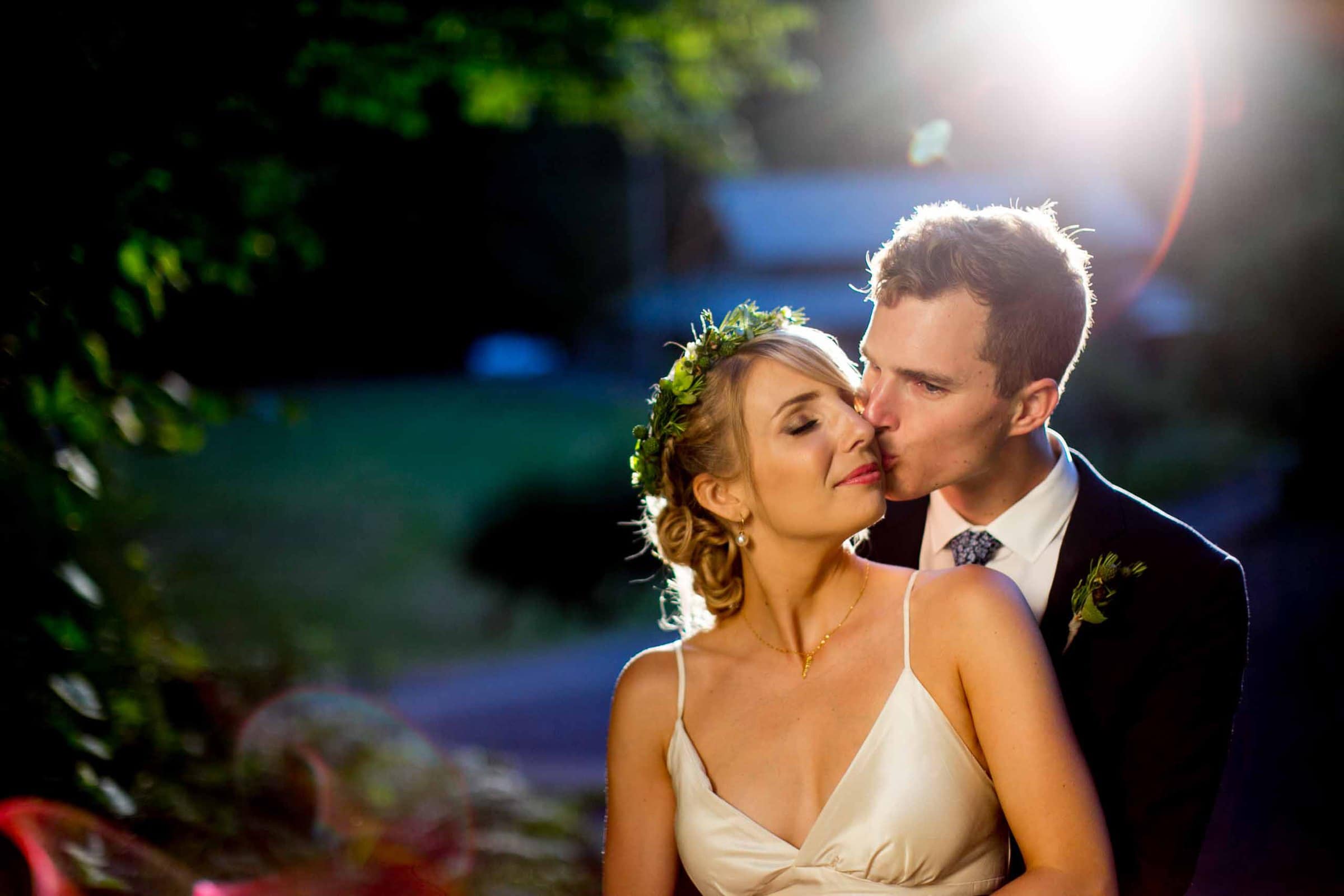 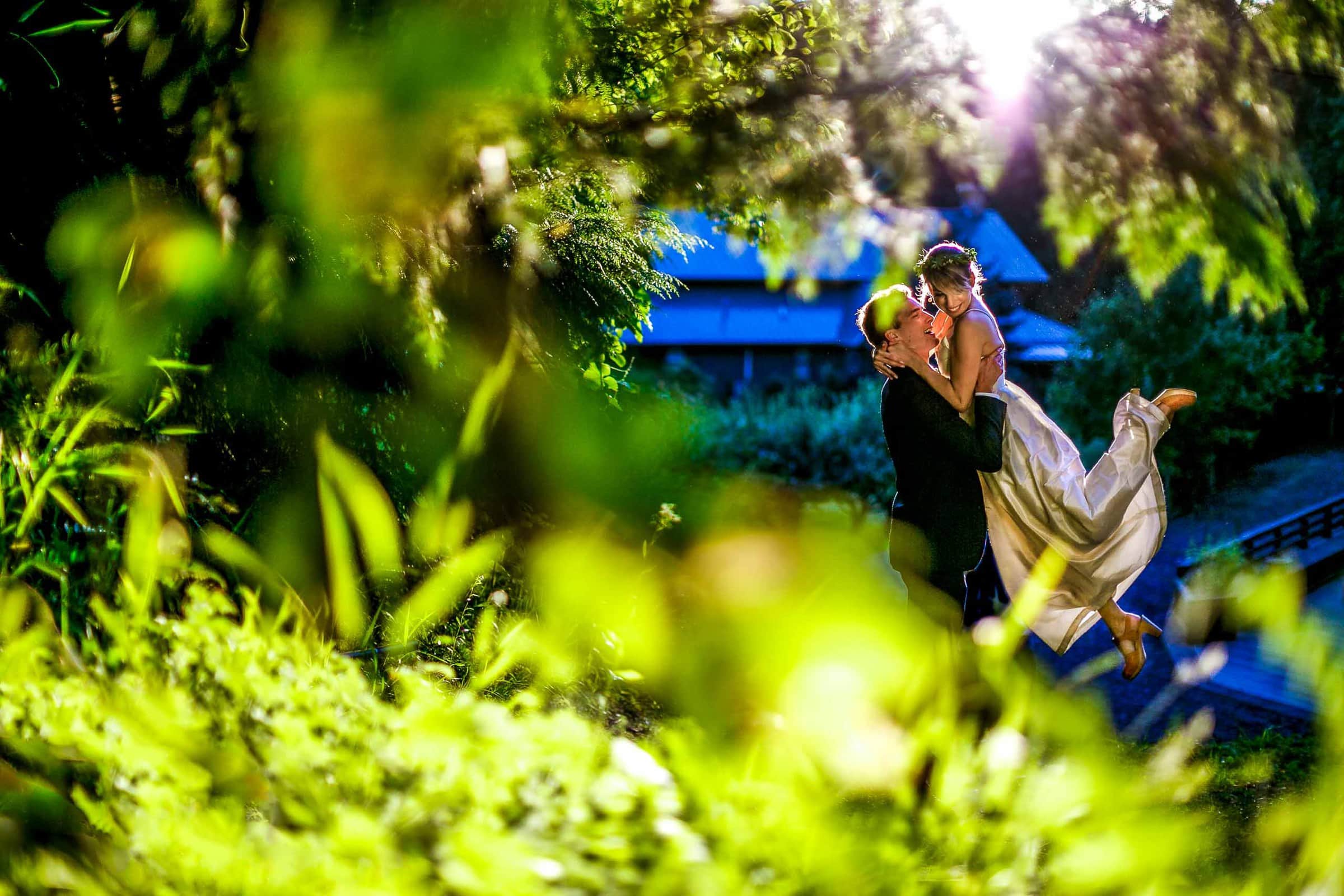 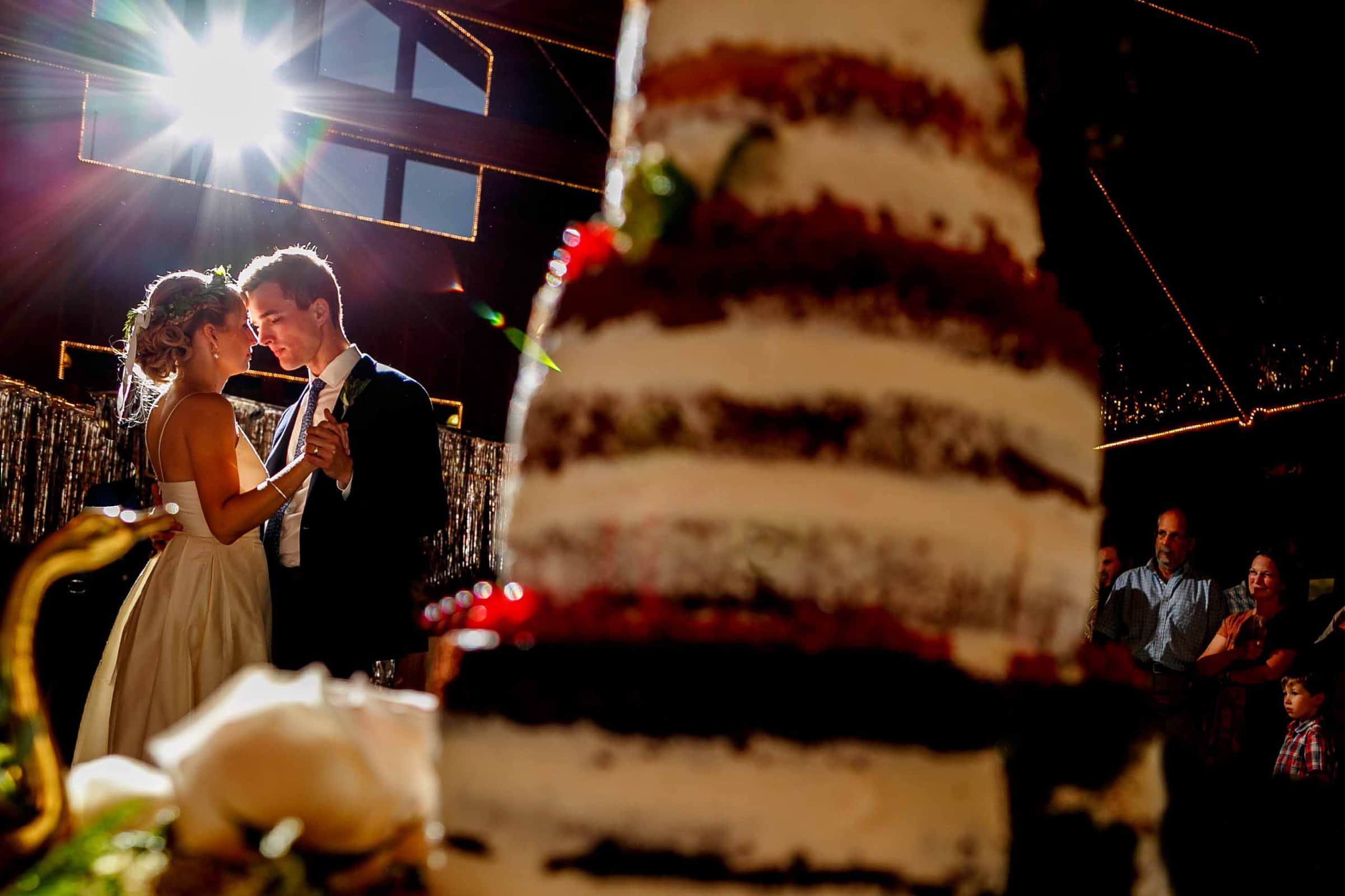 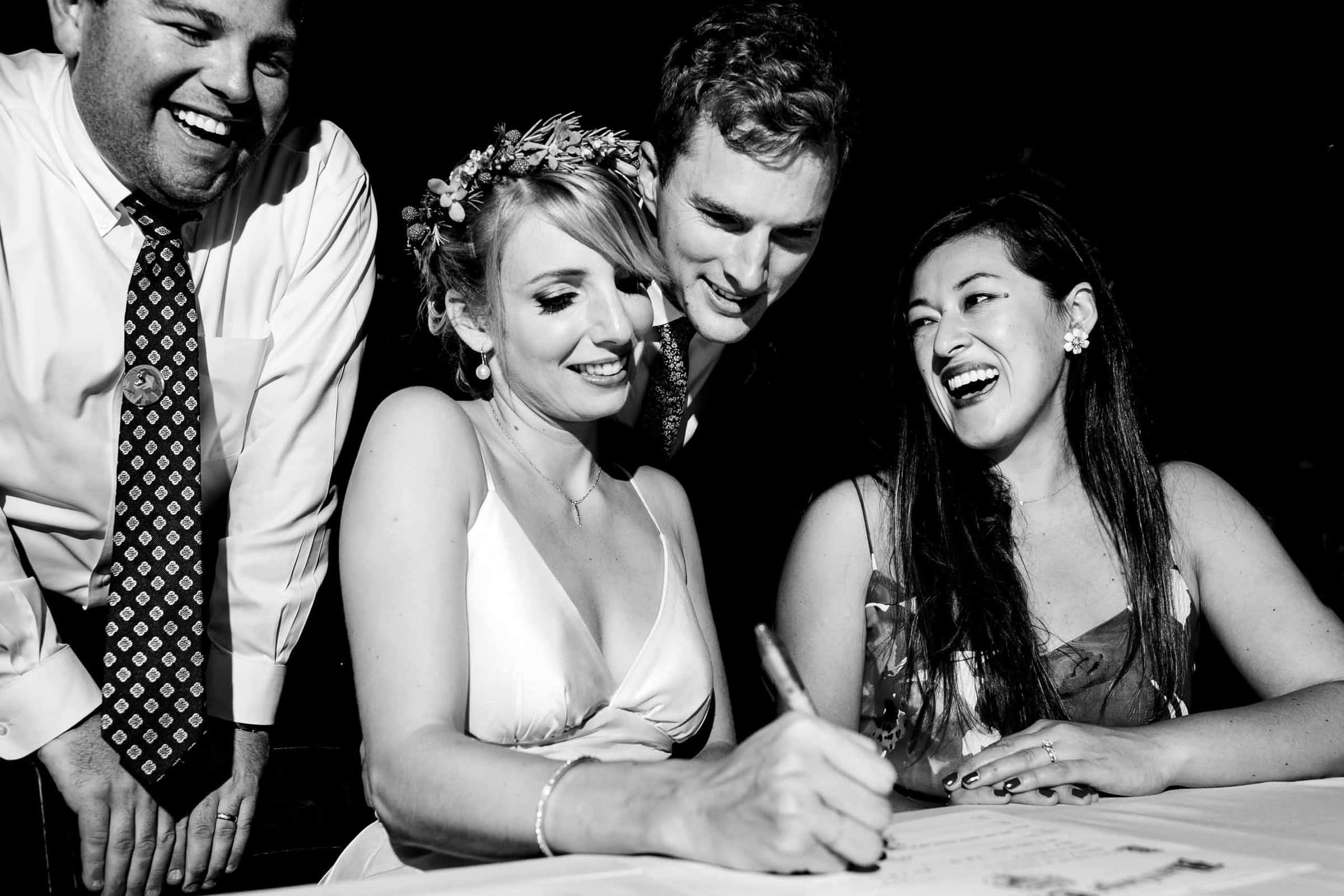 The image in the river with everyone won an award in the Winter 2014 ISPWP Bridal Party Portrait. Junebug Weddings were inspired this wedding so much they published Amber and Brian’s Camp Angelo Wedding on their blog.